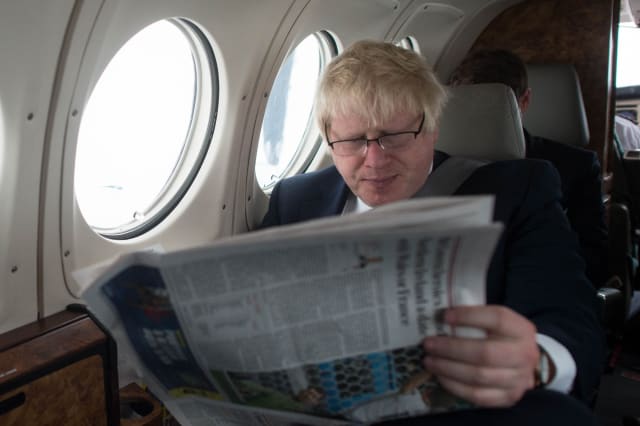 Boris Johnson extending his stay at Downing Street – and its wider implications – make headlines both home and abroad on Saturday.

Many papers described the size of Mr Johnson’s victory as a “landslide”, while columnists have been given plenty to mull over following the poll win.

Brexit appears to be the prism through which the majority of newspapers and their editorials view the election victory, as Mr Johnson promised the departure will take place by January 31.

The editorial in The Irish Times says that Mr Johnson appears to have solved tensions within his party over Europe, but wider problems remain.

It says: “It was, Johnson said, an election result that would ‘bring our nation together’.

“That’s hardly true even of Johnson’s own nation, England, which remains bitterly divided over Brexit. But more broadly, the very idea of the United Kingdom as a multi-national state is now in doubt.

“The SNP’s surge in Scotland, the march of English nationalism and the election of more nationalist than unionist MPs in Northern Ireland all point to the fragility of a union that now looks in real peril.”

In France, Le Monde says the focus is now on Britain’s future relationship with the EU.

Its editorial says: “It’s now up to Europeans to stick together and guide them to the right choice: preserving as closer links as possible with its neighbours rather than let them carry out their threat of turning the UK into a dumping paradise at the gates of Europe.”

Liberation offers up a double-header of British references on its front page – sticking Mr Johnson’s head on the Queen’s body and running the headline “Let It Be”.

To Germany, and Suddeutsche Zeitung’s head of foreign policy Stefan Kornelius writes that Mr Johnson “had it easy”, calling Labour leader Jeremy Corbyn “the main campaigner of the Tories”.

“Nobody showed them the path that would have led them out of the deep undergrowth of Brexit.”

On the future negotiations, he adds: “The EU must now stand by its principles more than ever: no softening of the internal market, no light membership.

“That will be at the expense of the Irish, probably true. But if the British overruled rules of the internal market or undermined standards, the EU’s central vault would collapse.”

Eirin Hurum, the European correspondent for Norwegian paper Aftenposten, asks “clown or statesman, which prime minister has the UK woken up to?”

She writes that Mr Johnson may be troubled by the “whole new landscape of voters” in areas the Tories may not have reached previously.

“These include voters from northern England who are concerned about minimum wage rates and social safety nets,” she writes.

“They expect Boris Johnson to spend public money on infrastructure and investment outside London, and he takes them seriously.

“Among the voters are also small industry leaders and factory workers who work in the large automotive industry in northern England. For these, it is not unimportant that the UK still has access to European markets.”