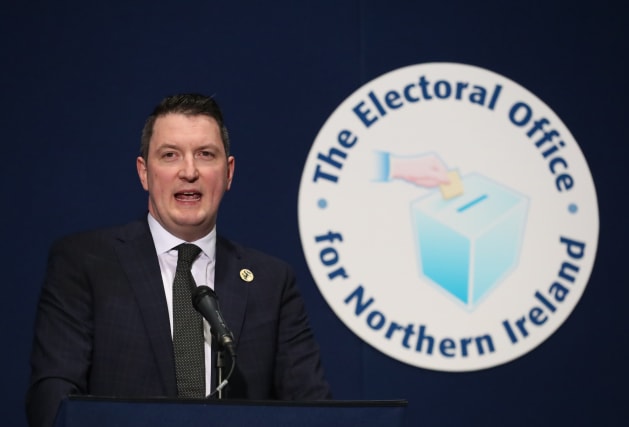 Pat was one of Northern Ireland’s most high-profile lawyers, a Belfast man, lauded by many nationalists as a defender of human rights.

He was shot dead in front of his family at home in 1989, with Sunday lunch on the table and his children hiding underneath.

While his life ended after just 39 years, Mr Finucane’s career as an MP is just beginning at the same age.

Reflecting on the death, 30 years later, Mr Finucane said: “It was a deliberate decision to kill him, to silence other lawyers and prevent them from doing that type of work.

“What we see now is a generation coming through with lawyers, people wanting their human rights.”

Mr Finucane and the rest of his family have spent decades campaigning for a public inquiry with extensive powers to investigate their father’s death.

He established his own successful law career.

The solicitor does not have an IRA background, unlike previous North Belfast candidate Gerry Kelly, and his father’s shooting attracted sympathy from throughout nationalism.

He is a keen Gaelic Athletic Association (GAA) sportsman.

The relative newcomer to politics is serving for now as Belfast’s Lord Mayor and has pledged to reach out to unionists.

His first official engagement was to welcome Prince Charles to the city.

His Westminster campaign helped unite the anti-Brexit – and nationalist – vote in North Belfast after the SDLP stood aside.

He faced criticism from unionists after receiving the constituency support of a notorious former IRA bomber.

Mr Finucane also attracted controversy after he was caught urinating in the street.

The race in the constituency turned nasty at times, with posters targeting Mr Finucane and his family, his own placards being stolen.

The DUP and some victims of terrorism expressed outrage over Shankill fish shop bomber Sean Kelly’s participation in the Sinn Fein election team.

On Friday Mr Finucane said: “On a night like tonight when it is all still very surreal I can’t help but think of my father and where we have come from not just as a family but as a society as well.”