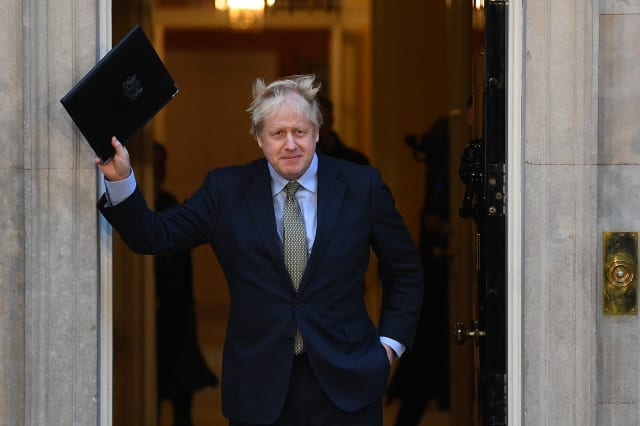 International politics took over the markets on Friday, to end the week on a high as the Conservatives won the UK General Election, and Washington and Beijing reached an early-stage deal on trade.

Shares in businesses focused on the UK jumped on the hope that a strong Conservative Government would end more than three years of uncertainty since the EU referendum.

The listed banks, including Virgin Money and Royal Bank of Scotland, were some of the biggest gainers on the day.

Housebuilders, which have been hugely impacted by the uncertain political situation, were also buoyed by the news. Meanwhile investors in utilities, and Royal Mail, were happy after they avoided the prospect of nationalisation under a Labour government.

The FTSE 100, which is normally the most watched index in London, took second place to its neighbour, the FTSE 250, which raced ahead to a record high at one point. The FTSE 250 has more UK-focused businesses.

A strong pound will normally push down the FTSE 100 as the index’s companies rely heavily on exports, which become more expensive for foreign companies when sterling goes up.

“Friday’s real change came from the FTSE. Initially it opened just 0.3% higher, cowed by the sheer strength of the pound’s gains. However, with sterling pulling back oh so slightly… and the banking and housebuilding sectors seeing some red-hot growth, the UK index was able to jump,” said Connor Campbell, an analyst at SpreadEx.

In company news, 10-pin bowling firm Hollywood Bowl has reported a major increase in profits, smashing through analysts’ expectations for the full year to the end of September.