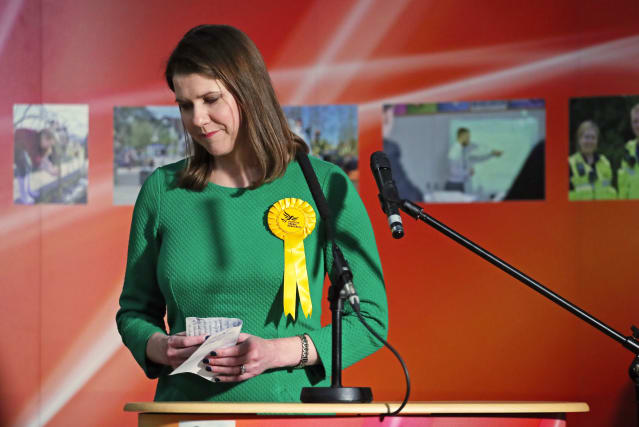 A leadership election will take place in the new year, the party announced, after a damaging night which saw its leader lose her seat to the Scottish National Party.

Ms Swinson said the result was “hugely disappointing” in her seat and across the country, as Boris Johnson romped to victory with a comfortable Conservative majority.

She said in a statement released just hours after her defeat: “I am proud that in this campaign, the Liberal Democrats have stood up for openness, generosity and hope. We were honest about what we believe in and what we were trying to achieve.

“This is clearly a setback for liberal values. But there are millions of people across the country who believe in them. By coming together to fight for them, we can create a positive future.”