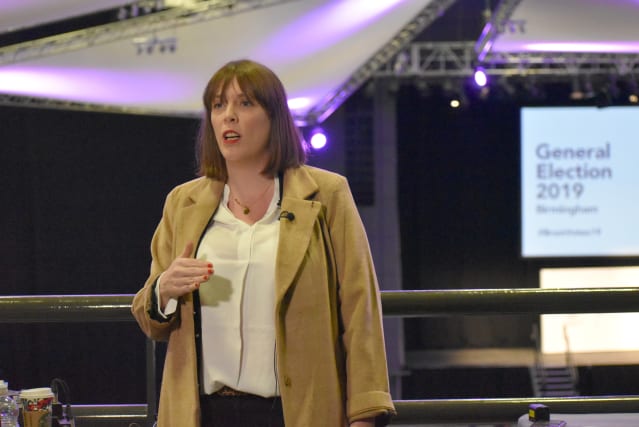 Labour’s Jess Phillips brushed aside her Tory challenger in Birmingham Yardley – and then hit out at a complaint to the Electoral Commission about food bank vouchers being given out on polling day.

In an emotional speech after she had won a majority of more than 10,600, she thanked her constituents, who she described as the best thing about being a Member of Parliament.

She told party activists who gathered to hear her victory speech: “As I was arriving to the count my agent told me that somebody had reported me to the Electoral Commission for ‘treating’ today – because I put on Twitter… that I had administered seven food bank vouchers today.

“Because some people consider that a food parcel for a family who has nothing to be a treat.

Acknowledging that Labour had failed to convince voters, the MP added: “We can dress it up any way we like, but people needed us and we haven’t been good enough to be there structurally.

“I will help every single person in my constituency one-by-one, but it is not a structural change.

“That is the fight we have to have now. We need to build that trust in the Labour Party because some people think a food parcel is a treat.”

Speaking before her seat’s result was declared at Birmingham’s International Convention Centre, Ms Phillips said the nationwide picture for Labour appeared to be “totally devastating” and felt like a “kick in the stomach”.

Claiming that Boris Johnson was on course for a majority that would “devastate” her community, she said structural change was needed in the Labour Party, but warned against playing a “personality game” over “who should go and who should stay”.

After conceding that a “huge amount of people” had told her that they did not think that Jeremy Corbyn was a leader they could get behind, Ms Phillips added: “The reality is that the Labour Party has got to do a huge amount more than just think that getting rid of one man… will just simply make it okay.”

Labour retained seven of its other eight seats in Birmingham, but narrowly lost the Northfield Constituency, held by Richard Burden since 1992, to Conservative Gary Sambrook.