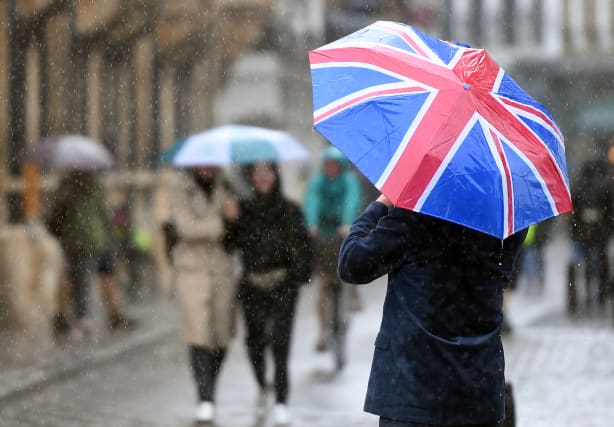 Boris Johnson may have clinched the Tory majority he wished for, but results in Scotland and Northern Ireland bring the future of the Union back into focus.

The SNP made a series of gains in Scotland, with leader Nicola Sturgeon declaring that she has a “renewed, refreshed and strengthened” mandate for a second vote on Scottish independence.

And in Northern Ireland, the DUP – the party determined to keep Northern Ireland within the Union – had a disastrous result with deputy leader Nigel Dodds losing his seat in an unprecedented defeat to Sinn Fein’s John Finucane.

The success of the SNP in Scotland, and nationalists and republicans in Northern Ireland, is likely to put the issue of Scottish independence and Irish unity near the top of the agenda.

Scottish First Minister Ms Sturgeon said it had been an “exceptionally good night” for her party following a campaign based on stopping Brexit and pursuing a fresh independence referendum.

Ms Sturgeon will write to the Prime Minister before Christmas to formally demand Holyrood be given the power to hold a second vote on independence.

While Mr Johnson has made it clear he will block such a ballot, Ms Sturgeon said the Tories must “reflect very carefully” on the result of the election.

She said: “Scotland can’t be kept in the UK against its will. It can only do that by consent, therefore Scotland has to have the ability to decide that question.

“Then it is up to the people of Scotland what decision they make.”

In Northern Ireland, the DUP lost two of the 10 MPs it entered the election with and, symbolically, there are now more nationalists and republican members of Parliament from Northern Ireland than unionists.

Mr Dodds’ loss will represent the DUP’s biggest wound, with the long-standing MP who led the party at Westminster falling in the most high-profile contest of the election.

Mr Finucane’s solicitor father Pat was murdered by loyalist paramilitaries in one of the most notorious incidents of the Troubles.

The Tory majority at Westminster will also see the DUP lose its influential position as Westminster kingmaker.

Sinn Fein believes Brexit offers fresh opportunities for a United Ireland if Remain-supporting Northern Ireland is taken out of the EU against its will next year.

The Northern Ireland Secretary can call a border poll if he or she deems it likely that a majority in the region would vote to leave the UK and form a united Ireland.

The Republic of Ireland would then vote depending on the result of that referendum.

A poll in September showed there is a slight majority for Irish unification among people in Northern Ireland.

The survey asked voters for their preference “in the event of a referendum on whether or not Northern Ireland should remain part of the United Kingdom”.

A total of 45% told the Lord Ashcroft poll they would vote to stay in the UK and 46% said they would choose to leave and join the Republic of Ireland.

Meanwhile a poll last week showed that support for independence in Scotland has fallen.

A total of 56% of respondents to a YouGov survey for the Times said they would vote No in a future independence referendum, with 44% voting Yes.