Boris Johnson confirmed as PM after audience with the Queen 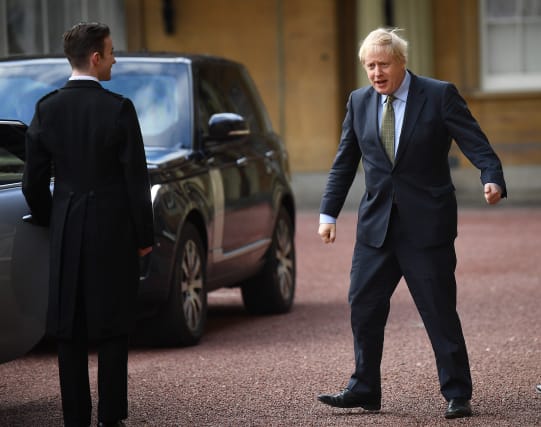 Boris Johnson has completed the final formality of his resounding General Election victory – an audience with the Queen to be confirmed as Prime Minister.

Mr Johnson was greeted by the Queen’s Equerry-in-Waiting Lieutenant Colonel Charles Richards and her private secretary Edward Young when his ministerial car arrived at Buckingham Palace just before 11am.

As the sitting Prime Minister, the meeting was just a formality but an important process – when the head of state would have followed convention and asked the politician whether he would form a Government.

Following the Conservative Party’s election triumph, Mr Johnson now has a large majority in the House of Commons and was the most likely person for the Queen to appoint as her PM.

The main requirement for the monarch is to find someone who can command the confidence of the Commons and with more than 360 MPs the Tories are now the party of Government.

The Queen has seen 13 premiers come and go during her reign, with Mr Johnson her 14th Prime Minister.

Mr Johnson spent almost 40 minutes at the palace and would have met the Queen in the audience room, part of a small suite of rooms that form her private apartments.

After their meeting he was escorted by the Queen’s Equerry-in-Waiting to his car and left the London landmark for Downing Street.