Alister Jack rejects indyref2 calls as he holds on to seat 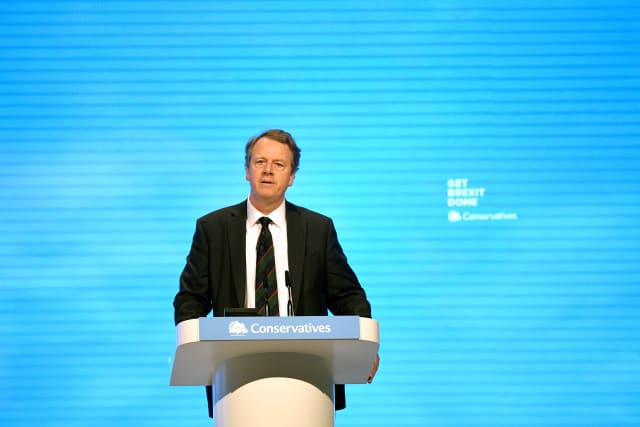 Scottish Secretary Alister Jack has said Boris Johnson should not grant the power to hold a second independence referendum, despite the SNP’s General Election gains.

Speaking after he held his Dumfries and Galloway seat with a reduced majority, Mr Jack said he was “delighted” to be re-elected but felt “truly disappointed” for his Scottish Conservative colleagues who had lost out.

He said: “It is a bittersweet night. The sweetness is going back with a majority and not into a hung parliament –  I’m delighted about that – but it is sad to be leaving colleagues behind.”

Asked if Mr Johnson should grant a section 30 order to enable another vote on Scottish independence, he said: “No, we’ve said it was once-in-a-generation and that generation isn’t past yet, and I would still maintain more people who will have cast votes in Scotland tonight for unionist parties than will have cast votes for the SNP.”

Meanwhile, Mr Jack’s predecessor as Scottish Secretary, David Mundell, held on to the neighbouring constituency of Dumfriesshire, Clydesdale and Tweeddale, but also with a reduced majority.

Mr Mundell was booed by parts of the crowd after using his victory speech to say he “does not regard tonight’s vote as any change to the mandate for having another independence referendum”.