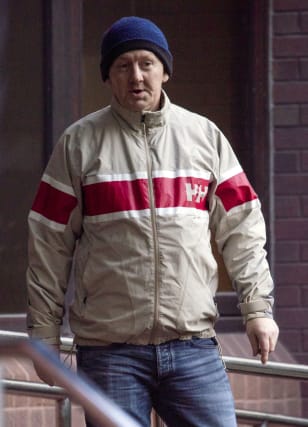 A couple have been jailed for life for “callously” murdering a homeless woman, who they drowned in their bath before claiming her benefits, the Crown Prosecution Service has said.

Kevin Flanagan was told by a judge on Friday he must serve a minimum of 32 years in prison for killing Lisa Bennett while his girlfriend Kathleen Salmond was given a minimum term of 27 years.

The pair had conspired together to drown their vulnerable 39-year-old victim, before dumping her body in a communal bin.

Her remains have never been recovered and it is thought the body was likely “incinerated” at a waste facility.

The cruel couple then netted £4,979 after fraudulently claiming Miss Bennett’s benefit payments while maintaining the pretence their victim was still alive.

Their crime was uncovered when Flanagan’s brother came forward, telling police his sibling had confessed about the pair’s killing after he saw a missing persons appeal led by the victim’s mother in 2014.

Flanagan, 39, of Redbrook Covert, Kings Norton, Birmingham, and Salmond, 40, of Farnhurst Road, Hodge Hill, Birmingham, were convicted of murder on Wednesday after a trial at the city’s crown court.

Salmond, who appeared during proceedings via video link from a bed, was also found guilty of benefit fraud between May 8 and 31 2013 and preventing 39-year-old Miss Bennett’s burial – charges Flanagan previously admitted.

Opening the case, prosecuting barrister Simon Denison QC told jurors how the victim was first told she would be eating her “last dinner” before she was killed.

Salmond, who is now largely confined to a bed or wheelchair, and Flanagan carried out the killing at their flat in Weirbrook Close in Weoley Castle, Birmingham, on or around May 9 2013.

The jury heard how the defendants then “reaped the benefit of Lisa’s disappearance” after Salmond phoned the Department for Work and Pensions, pretending to be Miss Bennett, and arranging for £230 benefit to be paid into her own account.

Flanagan also used the victim’s phone to text her mother “to make her believe that nothing had happened and Lisa was alive”, prosecutors said.

When questioned over the disappearance, the couple “calmly” told police Miss Bennett was “alive and well” and that she had asked them to transfer her benefits into Salmond’s account.

The pair also claimed a fictitious boyfriend of Miss Bennett’s, who they named Ian, was collecting the cash each week.

Jurors were told Miss Bennett was a drug and alcohol addict, and last seen collecting her prescribed heroin substitute from a pharmacy.

Under cross-examination from Salmond’s barrister, Flanagan insisted he told his brother Miss Bennett “died from an overdose”.

Flanagan, who had numerous previous convictions going back more than 20 years for theft, robbery and shoplifting, did not react as he was convicted.

Salmond, who had a criminal history stretching to 2010 with convictions for assault and battery, also appeared not to move in her bed as the verdicts were read.

Opening the case against the defendants, Mr Denison said: “Lisa died in their flat, on or around May 9 2013. Her body has never been found. She has no grave.

“The prosecution case is that the defendants murdered her and then callously disposed of her body in the communal bins opposite their flat, where it lay undiscovered before the bins were emptied and the contents were taken to the council waste disposal facility a few days later.

“There, her body was incinerated with the community’s waste.

“What they did, we suggest, was carry out a plan – to kill her, to conceal her body so it wouldn’t be found, to lie and lie and lie in pretending that she was alive, and to take her money for themselves.

“It is an almost-inhuman thing to do, is it not, to treat not just a human body but the body of someone they knew, as a piece of rubbish to be thrown away.”

Speaking afterwards, David Parsons, of the CPS, said: “Kevin Flanagan and Kathleen Salmond have received lengthy jail sentences for the brutal and senseless murder of a vulnerable woman.

“Flanagan will be 71 years and Salmond will be 67 years before they can be considered for release.

“They befriended Lisa Bennett and then callously cut her life short causing immeasurable pain for those who loved her.

“Lisa’s parents were deprived of the opportunity to bury their daughter and say goodbye.

“Today, they have received life sentences for their crimes and while this can never bring Lisa back, I hope today’s sentencing brings some small comfort to Lisa’s parents who have suffered immensely due to Flanagan and Salmond’s cruelty.”