Voters head to the polls across Northern Ireland 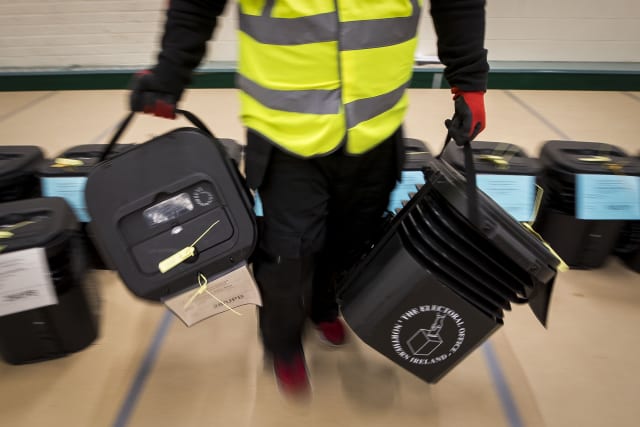 Voters have started going to the polls across Northern Ireland.

More than a thousand polling stations across the region opened at 7am to decide the next 18 MPs to represent the region in the House of Commons.

Wednesday saw final preparations made before the General Election.

As the 102 candidates finished canvassing, election staff geared up for a day of voting followed by a night of counting at four centres, after the polls close at 10pm.

Ballot boxes were checked at a storage facility on the outskirts of Belfast, before being loaded on to lorries for transport to polling stations across 18 constituencies.

Rathlin Island’s ballot boxes were taken by ferry on an earlier sailing than previously planned on Wednesday, due to weather conditions.

Some 1,293,971 eligible voters can cast their ballots in Northern Ireland.

However fewer people are using postal or proxy methods to vote, according to figures released by the Electoral Office of Northern Ireland.

The Democratic Unionist Party is hoping to return with at least the ten MPs they won in 2017, to retain the influence they had in the last parliament.

Sinn Fein won seven seats at the last general election and have said they hope to make gains on Thursday, while the 18th MP, independent Lady Sylvia Hermon has stepped down.

Meanwhile the smaller parties are hoping to make a return to the green benches in the House of Commons.

Leader Arlene Foster is expected to cast her vote in Co Fermanagh later.

Counting will start after the polls close at four counting centres, in Belfast, Magherafelt, Omagh and Bangor, with the first results expected to be announced in the early hours of Friday.