Superdry founder promises to stay until 2021 to see turnaround through 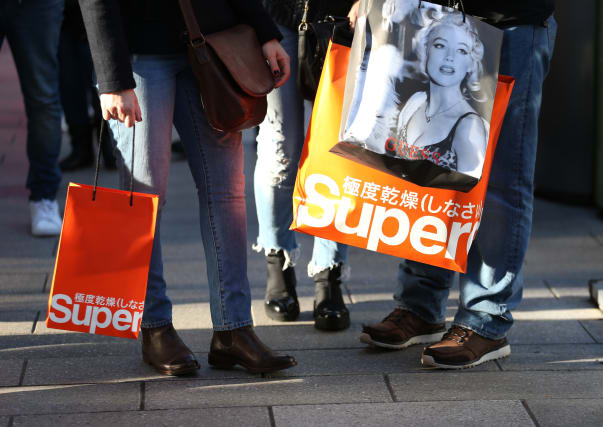 The founder of Superdry has vowed to stay with the business until at least April 2021 as he works through his turnaround plans following a boardroom coup earlier this year.

Julian Dunkerton made the claim as the retailer saw an 11% fall in sales to £369.1 million and swung to a pre-tax loss of £4.2 million for the six months to October 26, as he attempts to re-position the business with more fashion-led products and less discounting.

He said: “With the board’s backing, I have committed myself to the CEO role on a permanent basis until April 2021.”

The boss added: “At this halfway point in our financial year, I am pleased with the progress we have made to comprehensively reset Superdry.

“We’re doing this through our product and brand, our physical and digital retail operations and a renewed focus on the retailing basics. We are only eight months into a process that will take two to three years, but I have great confidence in the strength of our new executive leadership team.”

Mr Dunkerton, who staged a boardroom coup to retake control of the business after clashing with previous executives, also admitted that the retail environment remains “very challenging” but was pleased with the results, which were in line with expectations.

The focus away from discounting took its toll on sales, but bosses insist it remains the right strategy as they attempt to wean customers off expecting endless promotions.

In future, Superdry will only have three sales events, they added.

As a result, profit margins from sales were up 250 basis points – although this was knocked back due to the weak pound.

Negotiations with landlords are yielding some positive results, with an average reduction of 30% across the first six stores that were under review.

The company is also looking at its wholesale contracts, with the aim to quit any that are unprofitable.

Other areas under review include its franchise operation in China, closing US warehouses, and bringing forward sustainability plans including all cotton used in its products to be organic by 2030.