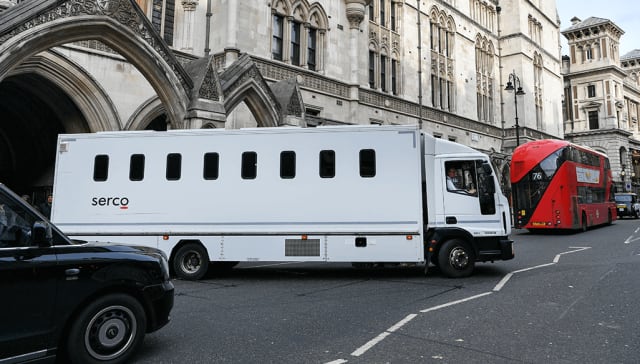 Outsourcing giant Serco has finally put its electronic tagging scandal behind it by revealing that revenues from its UK operations have grown for the first time since 2013.

Six years ago, revelations that the company had charged the taxpayer to monitor released prisoners who were either dead or still in jail led to an initial fine of nearly £70 million and scores of negative headlines.

But on Thursday chief executive Rupert Soames said: “The UK delivered a good performance, returning to organic growth in the second half, which is the first time since 2013.”

The news came as Serco said it expects full-year results in February to reveal a boost to revenues of 14% to £3.2 billion, with 7% organic growth, 5% from takeovers and 2% from currency movements.

The company said revenues were particularly strong in the second half of the year – up around 20% – thanks to winning major contracts, including a £1.9 billion deal to supply asylum accommodation and one worth £800 million to provide prisoner escorts and custody services in the UK.

Other major wins and renewals include an agreement with the Australian government to provide immigration services, and a defence contract with the US.

It said: “Our order intake has been extremely strong and is expected to exceed £5 billion for the year, a record for Serco and the third year in a row in which order intake has exceeded revenue.”

Bosses added that they expect underlying pre-tax profits, excluding any one-off costs, to grow by around 30% to £120 million, with continued strong growth expected in 2020.

Mr Soames added: “The results that we expect to report for 2019 will represent the second successive year of strong growth in revenue and profit, while our positive outlook for 2020 means that we expect to double our underlying trading profit from the £69 million achieved in 2017 to the £145 million we plan to deliver in 2020.”

One contract he is hoping to win is the Northern Isles Ferry Services; however, the £450 million deal has not been included because the unsuccessful bidder has launched a legal challenge.