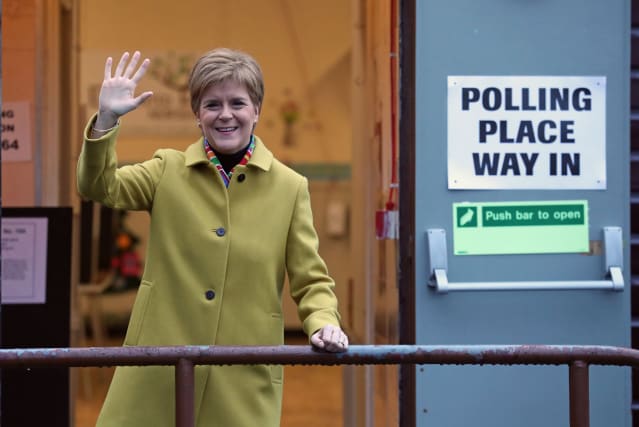 Scotland’s party leaders are heading to the polls as voting gets under way in the General Election.

First Minister and SNP leader Nicola Sturgeon was joined by her partner, Peter Murrell, as well as the SNP’s Glasgow East candidate David Linden, as she cast her vote at Broomhouse Park Community Hall on Thursday morning.