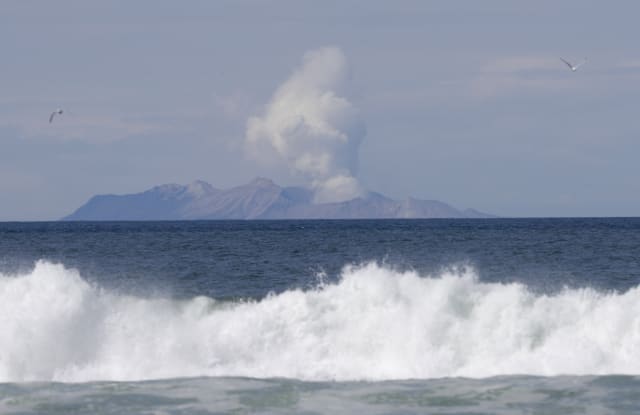 Authorities in New Zealand have begun recovering the bodies of eight victims left behind on volcanic White Island following the deadly eruption.

A traditional blessing was held at sea with family members of the victims on Friday local time after police confirmed that conditions were stable enough to allow the retrieval operation to proceed.

A total of 47 people were on White Island, New Zealand’s most active volcano, when the eruption occurred, including two British women who were among those admitted to hospital.

The confirmed death toll rose to eight on Wednesday night with the deaths of two more people who were being treated in hospital for severe burns.

That number does not include those left on the island.

Dozens of people were severely burnt in the eruption, with volcanologists speculating many may have been hit by fierce jets of scalding steam bursting from the volcano.

Two of the people confirmed among the dead are Sydney brothers Berend and Matthew Hollander, aged 16 and 13.

Their parents Martin and Barbara were among those listed as missing on Thursday.

Those now confirmed to have died, or who are missing presumed dead, include a mother and her 20-year-old daughter from Brisbane, and an Adelaide man and his step-daughter, whose mother was being treated in hospital.

A total of 19 victims were still being treated on Thursday local time in intensive care and burns units at several hospitals across New Zealand. A further seven have been flown to Australian hospitals.

With many of the victims suffering severe burns, medical officials said extra skin had to be ordered from skin banks in America.

Monitoring agency GeoNet said on Thursday local time that the White Island’s volcanic alert had been lowered to level two after it was briefly raised to four on Monday.

Its alert level since had been three, on a scale where five signifies a major eruption.

A further eruption in the following 24 hours was still a possibility, the agency said, noting volcanic tremors were rising, with steam and mud being vented regularly.

White Island is the tip of a mostly under-sea volcano 30 miles off New Zealand’s North Island and has been a popular attraction visited by thousands of tourists each year.