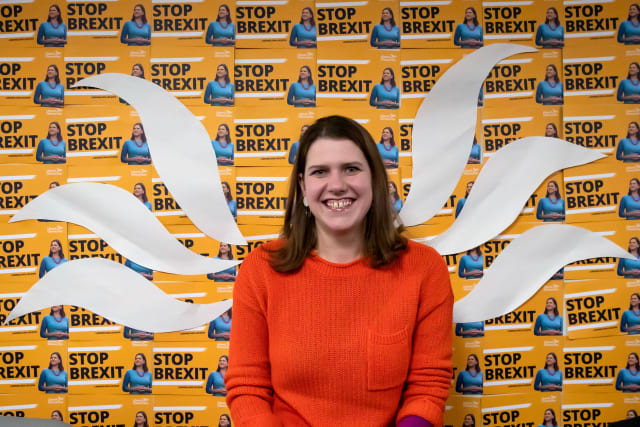 It has been a bad night for the Liberal Democrats by any reckoning.

The party’s staunchly Remain stance appears to have failed to gain traction with the electorate, and its leader, Jo Swinson, lost her seat to the Scottish National Party.

She was not the only scalp claimed in a night of shockwaves for the Lib Dems.

Two of the party’s leading lights, Chuka Umunna and Sam Gyimah, both of whom joined from other parties, failed in their bids to win seats.

It was at around 3.45am that the news came that Ms Swinson had lost her constituency – Dunbartonshire East – to the SNP, by a narrow margin.

In a speech after the result was announced, Ms Swinson said: “Let me say now, for millions of people in our country these results will bring dread and dismay and people are looking for hope.”

Less than an hour earlier, it had been announced that Mr Umunna, who had been tipped as a future Lib Dem leader, would not become MP for Westminster.

He was standing in the constituency having moved from his previous seat of Streatham.

The seat was won by Conservative Nickie Aiken, who received 17,049 votes, while Mr Umunna received 13,096.

Originally a Labour MP who stood for the party leadership in 2015, Mr Umunna pulled out of the race due to increased scrutiny of his family.

In February, he defected to become a founding member of the Independent Group, before joining the Lib Dems in the summer.

Elsewhere in London, Mr Gyimah, a former Conservative universities minister, was standing for the Lib Dems in Kensington, but came third.

The seat was won by Tory candidate Felicity Buchan with 16,768 votes, while Mr Gyimah received 9,312.

In second place was Labour candidate Emma Dent Coad who had 16,618 votes.