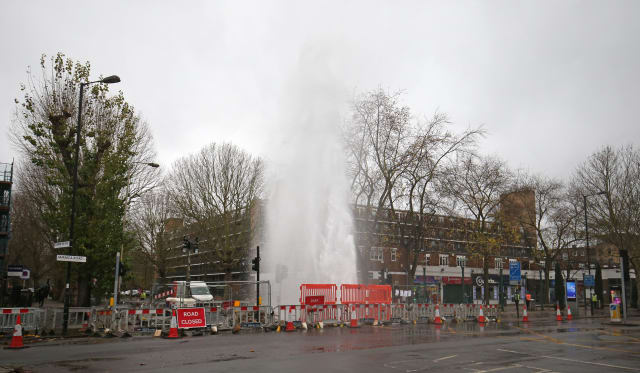 Voters have faced difficulty getting to a polling station after a burst water main caused flooding in the area.

Access to Cherry Garden Hall polling station in Bermondsey, south-east London, was temporarily disrupted on Thursday morning after a water pipe was damaged on the corner of Southwark Park Road and Jamaica Road.

Hannah Tookey, who waded through the water to cast her vote, tweeted: “It was too deep to wade through the middle, even in wellies.”

Another early-morning voter, Graham Kings, said he would have to vote later as the road outside the polling station was flooded.

“I could have gone home and put wellington boots on and waded across the flooded road to try to get in, but had to go to work and so will vote this evening,” he said.

A Southwark Council spokeswoman said a polling station inspector had helped voters to get in and cast their votes.

“No-one was prevented from voting at any point,” she told the PA news agency.

“Access to the voting station wasn’t compromised at all.”

A Thames Water spokesman said the pipe was damaged by a third party carrying out roadworks in the area.

The water supply is being re-routed to the properties in the area while Thames Water repairs the pipe, the spokesman added.