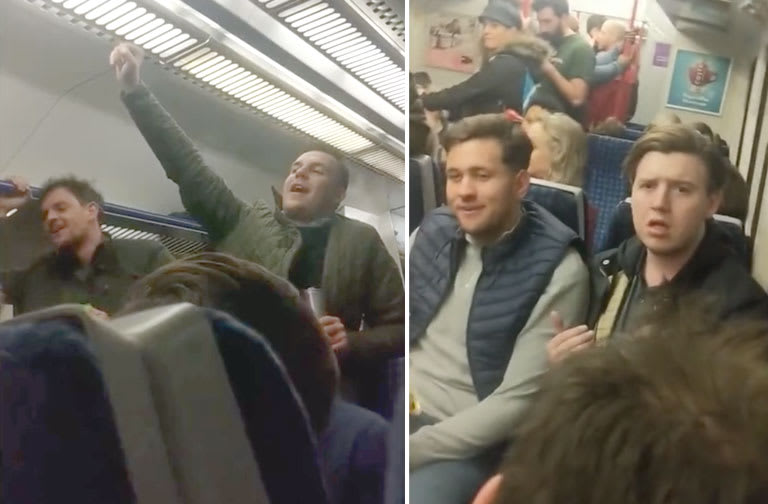 Shocking video footage posted on YouTube shows a group of men shouting a crude and sexist chant on a packed train, from Marylebone to Banbury earlier this month.

One man can be heard responding "how is that sexist?" Another man joked, "who is sexist? He is a transgender, he identifies as both male and female."

The couple told Newsflare: "A group of men boarded our train at Marylebone and they were mimicking an Indian accent. As soon as the train left the platform, the men began a sexist chant.

"There was an amazing lady who was sat opposite us stood up and confronted them, telling them that their behaviour was unacceptable. They found it hilarious. Meanwhile, other women on the train with us were becoming increasingly offended. 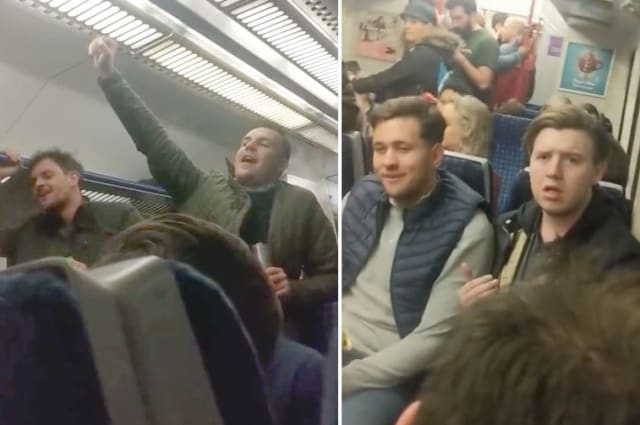 "A man who was with them said, 'I haven't said anything, why is this me?' and my girlfriend Lauren, had to explain that by not standing up against this hateful dialogue when your mates are saying this is just as bad.

"When one of them saw that I was filming he asked me to stop, there's a reason they didn't want it on camera. They knew what they were saying was unacceptable. If they were embarrassed about being exposed saying such awful things, don't say it on a packed public train. It was extremely uncomfortable and intimidating for everyone around us.

"What's best was, when they saw that we were filming they were so certain that it wouldn't matter and that no one would ever see them acting this way, they said, 'oh no, not the Facebook police!' sarcastically.

"It's depressing that people like this exist but it's more hurtful to know that they can get away with it.

"The guy sat next to my girlfriend was from India, we got chatting when the men left the train and told me that when these men got on the train and were mimicking and mocking an Indian accent, he felt extremely uncomfortable.

"It isn't right. It's not funny. It's not OK. We shouldn't stand for it. None of us should and they should not get away with it. I hope they've seen this and change the way they behave."

Posting the footage to YouTube, Ms Kemp captioned it: "All Aboard the Hate Train."

British Transport Police confirmed they were investigating the incident on the Chiltern Trains service.