Which seats did the main party leaders visit during the campaign? 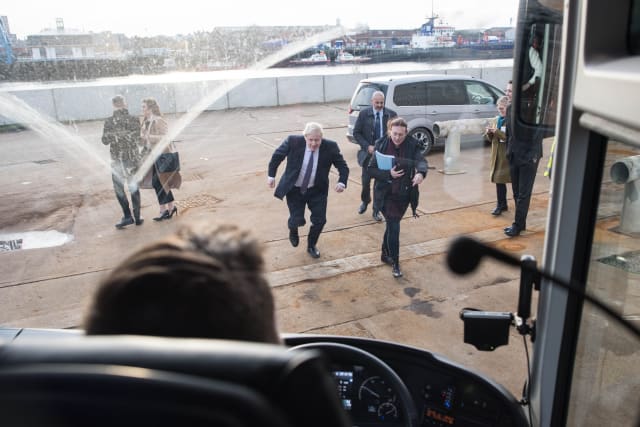 After six weeks criss-crossing the country, the battle buses are heading for the finishing line.

Campaigning in the 2019 General Election is almost over.

Party leaders will be returning to their constituencies, ready to vote on Thursday.

They’ve done all they can. Now it’s over to the voters.

The three main leaders have clocked up thousands of miles during the campaign – but how do their itineraries compare?

According to the PA’s calculations, Jeremy Corbyn went to 76 different constituencies, beating both Boris Johnson (61) and Jo Swinson (33).

Nearly half (35) of the 76 seats visited by Mr Corbyn were Conservative marginals being targeted by Labour.

He went to only one Tory stronghold – and that was to take part in one of the televised debates.

The Labour leader focused mainly on taking the fight into Tory territory, treating the election as a battle to be advanced on only one front.

By contrast, Boris Johnson played a mixture of offensive and defensive tactics.

He made a strikingly large number of visits to marginal seats being defended by his own party (20).

He went to only 14 Labour marginals – less than a quarter of the total constituencies he visited during the campaign.

While Mr Corbyn went to seven constituencies being defended by the SNP, Mr Johnson went to only one (Dunfermline & Fife West).

And while Mr Johnson visited one Liberal Democrat-held seat (Brecon & Radnorshire), Mr Corbyn did not visit any.

The Labour leader concentrated the majority of his visits in the Midlands, Yorkshire and north-west England.

Jo Swinson fought a different type of campaign to her counterparts, clocking up fewer visits overall and concentrating her attention mostly on a number of Conservative strongholds (such as Esher & Walton, seat of foreign secretary Dominic Raab) and a handful of traditional Tory-Lib Dem battlegrounds (such as Cheltenham, St Albans and Winchester).

She also went to some seats being defended by the Lib Dems, including her own constituency of Dunbartonshire East.

Voters in some parts of the country were blessed – or cursed, depending on your view – with appearances by more than one leader.

Southampton Test and Truro & Falmouth, meanwhile, played host to the leaders of the Conservatives, Labour and the Lib Dems – albeit at different times.