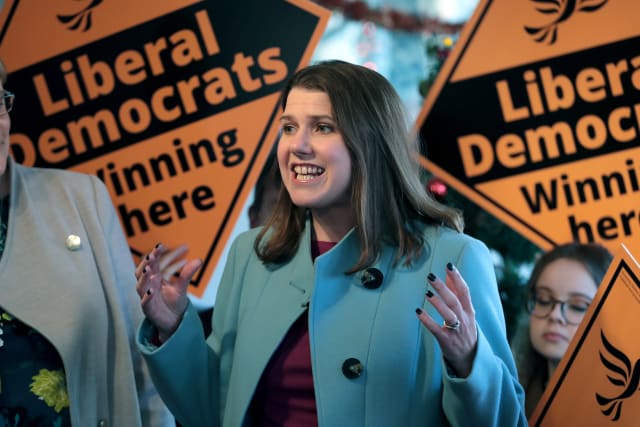 While campaigning in south east England, Ms Swinson called on Labour voters to switch to the Lib Dems where it could prevent a Conservative taking the seat.

Ms Swinson said: “So many people are still making up their minds, and in so many seats it looks like the result will be very marginal indeed.

She told the PA news agency: “Boris Johnson has proven time and time again why he is unfit to be Prime Minister. He doesn’t care about anyone other than himself.

“He has certainly said and written many sexist things.

“We have seen more of them come out in the campaign, whether it is talking about patting his boss on the bum and sending her on her way, whether it is writing in a derogatory way about Muslim women.

“This is a man who has got an absolute history of talking about women in that way.”