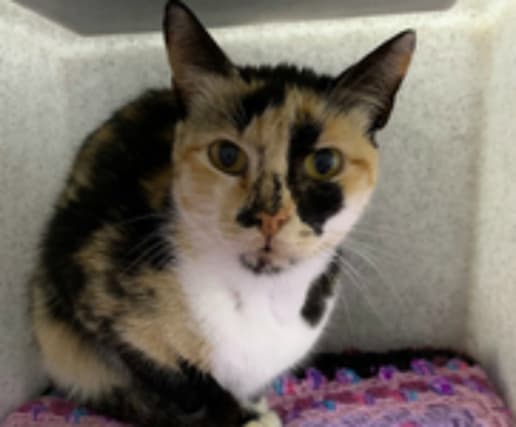 A stowaway cat was found at a British port after surviving a 12-day journey on a cargo ship from Israel.

The tortoiseshell cat, thought to be about a year old, was discovered in a container which arrived at Southampton in April.

Following a four-month quarantine stay, she has been named Izzy and is being cared for at the Cats Protection Newbury Adoption Centre, in Thatcham, Berkshire, which is hoping to find her a new home.

Thea Eld, the centre’s deputy manager, said: “Izzy is quite a shy cat, and we think she must have been a street cat in Israel – used to being around people, but not being handled.

“We’ll never know her full story, but it’s most likely she snuck into the container looking for food or somewhere cosy to sleep, and ended up getting locked in.

“It’s quite remarkable that she survived for so long without food or water in what must have been very uncomfortable conditions.

“She’s definitely an independent girl, and she’d suit a home where she can have plenty of outdoor space.

“It may be that she’ll prefer to spend most of her time outdoors at first, but once she gets settled, she may well begin to come inside the home.

“Izzy’s been through a lot, so we’d love to see her go to a home with a patient owner who can give her the stable home she needs after such a turbulent few months.”

The Cats Protection Newbury Adoption Centre can be contacted on 01635 200111.