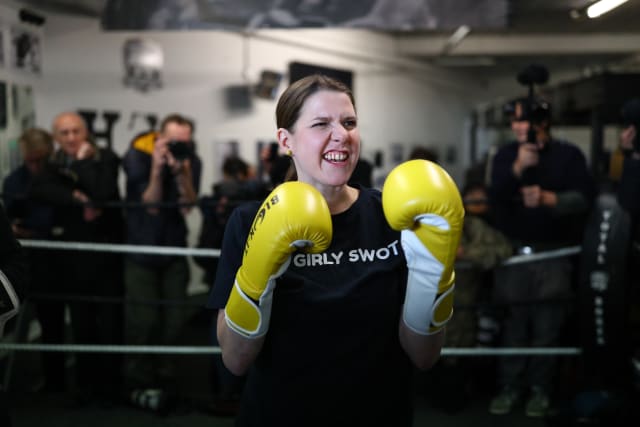 Here is a look back at the most memorable events of the Liberal Democrat General Election campaign.

– What was the campaign high?

The campaign began with high hopes and talk of a major Commons comeback, but the optimistic mood soon followed the party’s poll ratings downwards.

Jo Swinson proved an energetic new leader for the Lib Dems but repeatedly failed to cut through with the public.

– What was the campaign low?

The wind went out of Lib Dem sails when Nigel Farage announced the Brexit Party would not stand in the 317 seats the Tories won last time. Suddenly Lib Dem dreams of winning scores of seats as the Leave vote split evaporated.

Ms Swinson also endured a rough ride from voters on the Question Time leaders’ special early in the campaign where the party’s policy of stopping Brexit without a referendum came under heavy fire.

The party’s green credentials came into question when an environmental activist glued themselves to the campaign “battle bus” to protest that the Lib Dems were not doing enough. But as the bus in question was electric, the party had ammunition to hit back with.

– Which region did they visit the most?

St Albans, Watford, Cheltenham and the South West received a lot of Lib Dem attention as the party targeted seats where tactical voting could make the difference.

The Lib Dems also spent time in Foreign Secretary Dominic Raab’s Esher and Walton constituency as they talked of pulling off a “Portillo moment” in a reference to when the prominent Tory Cabinet minister Michael Portillo was ousted by voters in 1997.

– What was the most memorable quote?

Asked which was more important to her – remaining in the EU or maintaining the United Kingdom – Ms Swinson replied: “That’s like asking me to choose which of my children I love more.”

Questioned by the BBC’s Andrew Neil on why voters seemed to like her less the more they got to know her, Ms Swinson said: “I don’t know the answer to that question.”

– What was the defining moment?

When the Lib Dems abandoned the always dubious talk of winning enough seats to make Ms Swinson prime minister as they realised voters were not buying it.

The party also sidelined its controversial revoke Brexit without a referendum policy and instead positioned itself as the “Stop Boris Party” as Lib Dems claimed they were the only ones that could prevent a Tory majority under Prime Minister Johnson.