How are the UK and US election systems different? 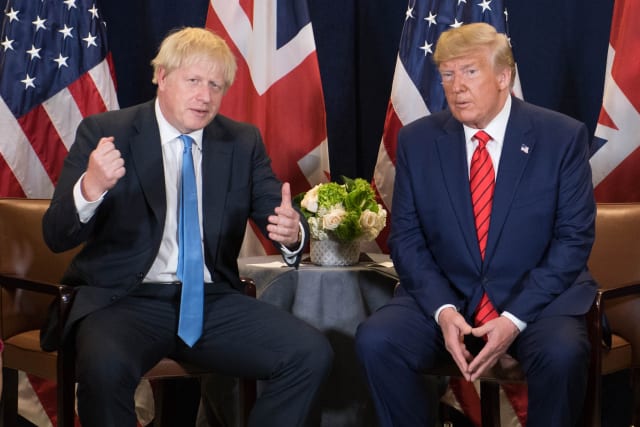 The 2019 General Election and the United States presidential election may be scheduled either side of the Atlantic but both processes have a surprising amount of overlap.

Professor David Dunn, a professor in international politics at the University of Birmingham, spoke to the PA news agency to outline some of the key differences and similarities between the two systems.

In the US, the candidates for the Democratic and Republican parties are chosen through internal elections and there is no need for a presidential candidate to have any previous political experience.

This contrasts with the UK system, where the prime minister is the leader of the party with the most seats in the House of Commons.

Having a prime minister selected in this way has its benefits, Prof Dunn said.

“It means you can’t have someone who is a complete novice such as Donald Trump who has no legislative experience parachuting in without a clue,” he said.

Campaign financing works very differently between the US and UK.

Prof Dunn said there was a highly money-focused system in the US process which prevents third parties from gaining traction in the election.

“The costs of a campaign are enormous,” he said. “To run a campaign in America requires a large amount of money.

He said that people who drop out of the presidential race have not changed their mind about their run for the Oval Office, but have run out of money.

In the UK, the Electoral Commission provides rules on campaign spending.

Parties must monitor and report all spending, including costs of advertising, rallies, transport to party events and costs of letters and leaflets.

The length of the election campaigns also vary.

According to the Fixed Term Parliaments Act 2011, the formal end of Parliament takes place 25 working days before the General Election, with a short official election campaign of less than six weeks.

The US presidential election officially begins with the New Hampshire primary, which will be held on February 11, 2020, and ends with election day, which is always held on the first Tuesday after November 1.

For the upcoming election, this means US voters will go to the polls on November 3 next year, with a formal campaigning period of nearly nine months.

However, there has already been several months of campaigning from the Democratic Party in order to select their candidate for the election in state-by-state votes, known as primaries and caucuses.

Some candidates even announced their intention to run in January 2019, officially kicking off their campaigns nearly two years before polling day.

“We are in an age of constant campaigning,” Prof Dunn said.

The two countries use two distinct voting systems, with local parliamentary elections in the UK and the Electoral College in the US.

The Electoral College is made up of 538 people who cast votes on behalf of the population of the state, with 270 votes needed to win the presidency.

Each state is allocated a number of voters, known as electors, based on the number of representatives they have in Congress, the US equivalent of the Houses of Parliament.

Except for two states, the candidate who wins the majority of the popular vote in the state gains all the votes in the Electoral College for that state.

This system can mean that a candidate for president can lose the popular vote but win the election, as seen with Donald Trump in 2016.

In the UK, voters elect their constituency MP, who then contributes to a party’s majority in the House of Commons.

This system also means that the winning party in UK elections may not have received the majority of votes despite winning the most seats.

Although the systems vary, they are both widely criticised during election periods.

Prof Dunn added: “I think you have a situation where they have been seen as largely fine because they have largely delivered what the mood of the country has been most of the time.

“In the last five to ten years there has been much more dissatisfaction with those systems.”

He went on to say that the nature of campaigning is similar in both nations.

“Parties are playing to their bases and not the middle ground,” Prof Dunn said.

“Trump does not care about trying to win over Democrats, he cares about hoping his base comes out for him.”

He added that there are between six and ten swing states in the US and about 70 swing seats in the UK which are targeted by the parties as crucial to influence the election.