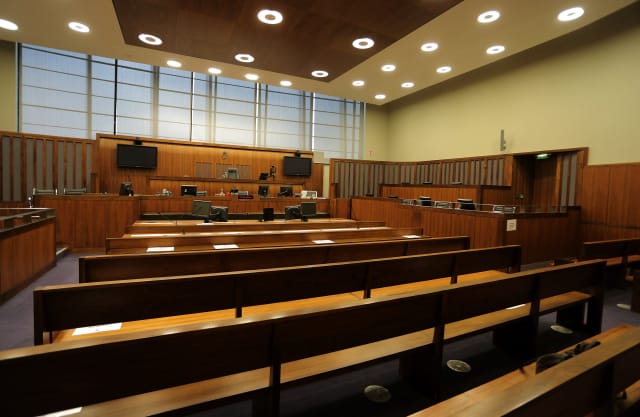 An alleged member of the so-called Islamic State (IS) group has been remanded in custody for four weeks in order to prepare a book of evidence.

Lisa Smith, a 37-year-old Irish citizen and former Irish Defence Forces member, wore a black hijab and did not speak during the two-minute hearing at Dublin’s District Court.

She has been charged with membership of an unlawful organisation under 2005 terror legislation after being arrested last month at Dublin Airport after returning from Syria via Turkey.

Smith made no reply when she was previously charged, and her legal team state that although she travelled to and lived in IS-controlled territory, she was not involved in fighting or training IS members.

The court previously heard that Smith, originally from Dundalk, was looking for answers to life and in 2011 found Islam and became a Muslim, and was radicalised.

Her special counsel Peter Corrigan said Smith was in a difficult period of her life, suffered severe depression and was suicidal before converting to Islam and was advised by a “spiritual adviser”, who was preying on her vulnerabilities, and told her it was her “moral duty” to move to IS.

Smith has been in custody since her bail hearing last week and will remain in Limerick Prison until her next hearing date on January 8 in Court 2.

Her legal team has requested that she be separated from the general prison population for her own safety.