Prayers said at vigil for midwife who died during sea swim 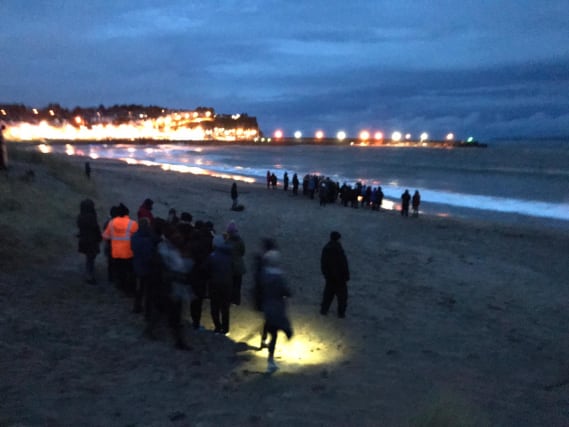 Prayers have been said for a Co Antrim midwife who died after getting into difficulty during a morning swim in the sea.

Mother-of-two Deirdre McShane, 58, died off a beach at Ballycastle early on Monday.

She was part of a small group of swimmers who took part in early-morning sea swims in the area.

Another woman who got into difficulty at the same time was taken to Causeway Hospital for treatment for the effects of hypothermia.

A crowd of around 100 friends and family gathered on Ballycastle beach on Tuesday morning to take part in a vigil in memory of Ms McShane.

Flowers were laid on the beach before the Reverend Alex Wimberley, the leader of the Corrymeela Community, led the group in prayer and urged the continued lending of support to the McShane family.

Ms McShane worked as a midwife in the Northern Health Trust.

A spokesman described her as “kind, dedicated and passionate about providing excellent maternity care to mothers and babies”.