Parole Board to review decision to release Helen McCourt’s killer 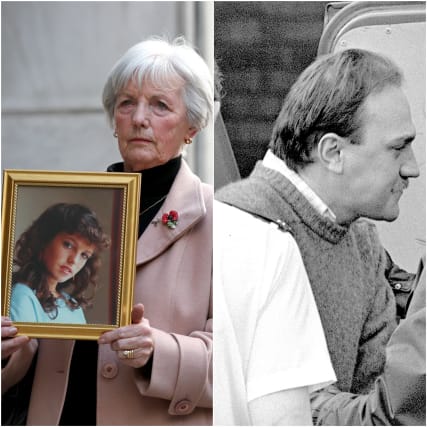 The decision to allow the release of Helen McCourt’s killer Ian Simms will now be reviewed by the Parole Board after a request by Justice Secretary Robert Buckland.

In November the Parole Board made the decision that Simms had met the test for release three decades after the 22-year-old went missing, despite never telling police where he hid her body.

After the decision, there was a three-week period in which Mr Buckland or Simms himself could appeal against the ruling, before the final choice whether to release was made by the Prison Service.

On Tuesday, it was announced that Mr Buckland has asked the Parole Board to review the decision.

A Ministry of Justice spokesman said: “After carefully considering the details of this case, we believe there is an arguable case to meet the threshold for reconsideration.

“An application has now been made to the independent Parole Board to have the case reconsidered.

“It is now for the Parole Board to decide whether the threshold is met for the decision to be formally reconsidered.”

The original decision came after Helen McCourt’s mother Marie McCourt’s campaign to keep killers behind bars until they lead police to the victim’s body, dubbed Helen’s Law, failed to be ratified before Parliament was dissolved.

Marie McCourt previously said she was “in shock” at the decision to consider Simms’ release.

“I just wonder if some of these people who feel that they’re safe to be released… it’s OK for them, they are not going to live by them.

“But the people in the area, they will have to put up with that.”

The summary of the Parole Board’s original ruling said Simms was deemed suitable for release due to factors including the “considerable change in his behaviour”.

The decision to release was subject to a number of conditions including residing at a designated address, having to wear a tagging device to monitor his whereabouts, observe a curfew and avoid any contact with the family of his victim.

Pub landlord Simms, who was convicted by a jury on overwhelming DNA evidence of Ms McCourt’s abduction and murder, is serving his life sentence at HMP Garth in Leyland, Lancashire.

He has always maintained his innocence over the death of Ms McCourt, an insurance clerk who vanished on her way home from work in Liverpool in 1988.

Simms was convicted of her murder the following year, having been told he would serve at least 16 years and one day behind bars.

He was eligible to be considered for release in February 2004.