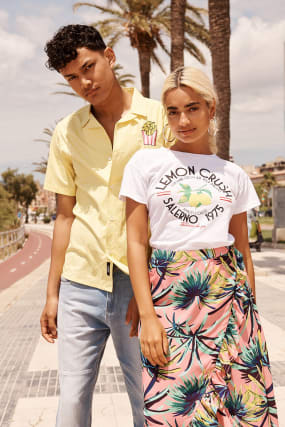 Online fashion retailer Koovs, dubbed the Asos of India, is on the brink of collapsing into administration after running out of money, the company has confirmed.

Bosses had hoped for a major investment from shareholder Future Lifestyle Fashions – part of India’s largest retail group – but the cash failed to arrive.

In a statement, the company said: “Koovs is disappointed to announce that, as a result of the failure by its largest shareholder… to fulfil a contractual commitment to invest a further £6.5 million into the company, and the failure by the company to secure alternative sources of funding, the board of Koovs has resolved to apply to place Koovs into administration.”

Shares, which trade on the London Stock Exchange’s junior AIM market, were suspended at 11.30am on Tuesday at 3.2p. They listed at 200p when joining the market in 2014.

The company added that it expects the business will be rescued in a pre-pack administration, where a firm goes under and is rescued immediately, by founder and Labour peer Lord Waheed Alli.

Last week Clintons, the card retailer, was saved in similar circumstances, with its biggest creditor stepping up and taking over.

The PA news agency understands administrators could be appointed as soon as Tuesday, according to sources close to the process.

Lord Alli, who oversaw Asos as its chairman for 12 years, had attempted to turn Koovs into Asia’s answer to the online fashion giant – cashing in on India’s growing younger affluent shoppers, keen to wear the latest trends.

Following a successful flotation in 2014, the company was valued at £36.2 million, but by last year it posted a £15.5 million loss for the year to March, with sales coming in at just £7.5 million.

The battle between the boardroom and Future Lifestyle Fashions was first flagged last month, and led to a furious backlash from amateur retail investors who had hoped for significant returns.

Future said at the time that the money had been held up by regulators, and the company pointed out £9.5 million had already been invested by the group.

Lord Alli has ploughed around £17 million of his own cash into Koovs since founding it in 2012, including a £7.4 million loan that makes him the firm’s biggest creditor – also making him firm favourite to take over.

The Labour peer, who left school at 16 for a £40-a-week job in publishing, built his £200 million fortune through Planet 24, a production company he set up with his then-partner Charlie Parsons and Bob Geldof.