On the campaign trail on Wednesday 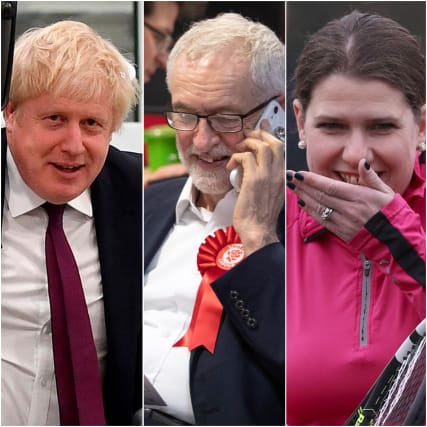 With the hours ticking away until the election, the major parties are ramping up their activities in a last-ditch bid to secure more votes.

Party leaders will be making multiple stops around the UK on Wednesday to speak to as many voters as possible.

Boris Johnson has not confirmed his plans yet but he is believed to be starting his day of campaigning in Yorkshire.

Jeremy Corbyn has a very busy Wednesday ahead of him with stops across the UK between Scotland and London.

He will start the day north of the border before heading south and stopping at events in the north-east, Yorkshire, Nottinghamshire, Bedfordshire and London.

Jo Swinson also has her work cut out for her on Wednesday with appearances at a series of rallies planned.

She is targeting Lib Dem seats around Surrey and the London area.

Nigel Farage is also back on the campaign trail on Wednesday and will be in Yorkshire backed by local Prospective Parliamentary Candidates.

Nicola Sturgeon will also join SNP candidates on the final day of campaigning in Edinburgh, Glasgow, Stirling and Dunbartonshire.