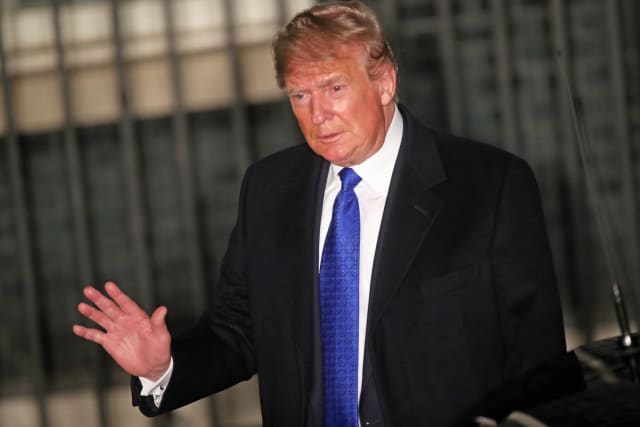 The FTSE 100 slipped into the red as trade tensions weighed on sentiment, although it pared back losses significantly after reports the US could delay slapping tariffs on Chinese goods.

The index of the UK’s biggest firms dived by almost 100 points in early trading, before a report in the Wall Street Journal helped to ease market fears.

The US newspaper reported that Beijing and Washington are laying the groundwork to delay the introduction of tariffs, set to launch on Sunday, giving both nations more time to discuss their respective red lines.

David Madden, market analyst at CMC Markets UK, said: “Equity benchmarks are in the red, but they are off the lows of the session as traders are a little less fearful about the prospect of the US imposing more tariffs on Chinese goods.

“Earlier in the session, stocks were nursing large losses on the back of a report the US are waiting for Beijing to make the first move.”

The major European markets also improved throughout the trading session, although the German markets remained more pessimistic over trade concerns.

Across the Atlantic, the Dow Jones moved into positive territory as Wall Street became cautiously optimistic.

In company news, Ashtead led the fallers in the FTSE 100 as the construction supplier’s UK business saw profits shrink due to “challenging” market conditions.

The firm said its UK-based tool and equipment hire business, A-Plant, saw operating profits for the six months to October slide 32% to £30 million

The retailer reported its fourth profit warning of 2019 as it also revealed the immediate departure of its chief executive and chairman.

Convenience retailer McColl’s slipped after it warned profits for the year are set to miss forecasts on the back of poor weather and declining consumer confidence. Shares dropped 1.95p to 39.4p.

Rolls-Royce also drifted lower after the engineering group saw it biggest shareholder pull its representative from the company board, months after selling down part of its stake in the company. Shares were 24p lower at 701p.

The price of oil was muted throughout the session, only nudging slightly higher over the reports of improving US-China trade relations.