Knife victim’s father: ‘For the love of God and country, put down your weapons’ 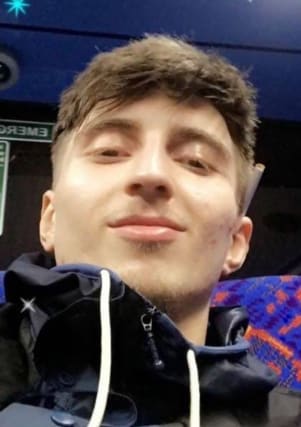 The heartbroken father of a young knife crime victim has issued a plea to Britain’s youth to “put down your weapons” as his killer was jailed for 15 years.

The incident on March 28 sparked an armed raid on the Central London Mosque as the suspects evaded police.

Following an Old Bailey trial, Hussain, 22, was cleared of murder but convicted of manslaughter while his co-defendant was acquitted of both offences.

The court heard how Hussain, who was said to have a gang affiliation, had convictions dating back to when he was aged 12, including four robberies and two offences of carrying a knife in public.

As he appeared at the Old Bailey to be sentenced, Mr Visiter’s father Leo issued a plea to end the “futile battle” on the streets of Britain.

In a statement read to court, he said: “The youth of Britain, I ask you for the love of God and country, put down your weapons and end the futile battle and the crimes of hate and savagery.

“Remember you are a son, a brother, a grandson and a future father.”

He went on: “The impact of this crime is chaos and true heartbreak. The pain is immeasurable.”

He said crimes like these should be “taken seriously today”, but added: “Sadly it does not seem to make much difference to the raising incidents of these crimes.

“Our community has been shaken to its foundations. It engenders fear for all, fear for themselves and fear for our young people and their safety on the streets.

“This is the harsh reality across Britain.”

Judge Mark Dennis QC found Hussain to be a dangerous offender as he sentenced him to 15 years in prison and a further two years on extended licence.

He dismissed the defendant’s claim he acted in self defence and stabbed Mr Visiter by accident as “false”, saying he had carried the knife for a “deliberate confrontation”.

Judge Dennis said: “This was a shocking and cruel attack carried out in broad daylight in a residential estate near to a children’s play area and where members of the public were likely to be passing through.

“Such gratuitous violence would have been horrifying and caused great alarm to anyone who witnessed it.”

He commended Mr Visiter’s parents for the “dignity” they showed throughout the trial.

While the motive was unclear, the judge said drug dealing may have been an underlying factor.

The trial had heard how the defendants were chased by two plain-clothes officers down the canal by the Lisson Green estate after the stabbing.

They then disappeared in the golden domed mosque, which accommodates more than 5,000 worshippers.

Jurors at the Old Bailey saw CCTV footage of the pair as they took refuge and changed out of their distinctive hoodies.

They were spoken to by police as the mosque was stormed by officers, but were let go because their descriptions did not match, the court was told.

The defendants, from north-west London, were arrested together at the same address on April 3.