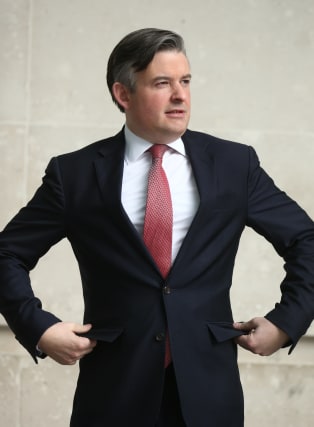 A shadow cabinet minister has dismissed as “banter” leaked comments in which he criticised Jeremy Corbyn and said a Labour majority at the election was not going to happen.

Jonathan Ashworth conceded that the leak made him “look like a right plonker”, but said he made the remarks while “joking around” with Tory friend Greig Baker.

In the explosive recording published by the Guido Fawkes website, the shadow health secretary said he thought the civil service machine would “pretty quickly move to safeguard security” if Mr Corbyn entered Number 10.

And he said party MPs “f***ed it up” in 2016 in their attempt to remove the Labour leader, saying they “went too early”.

Appearing on the BBC’s Victoria Derbyshire show minutes after the recording was published, he insisted he did not mean what he said, telling the show: “We’re having banter with each other – we’re joking around.

“No I don’t mean it because I’m joking around with my mate because he’s a Tory… If you leak it to Guido Fawkes of course it makes me look like a right plonker but it’s not what I mean when I’m winding up a friend – I’m trying to sort of pull his leg a bit.”

Tory Party chairman James Cleverly said the remarks were an “honest and truly devastating assessment” of Mr Corbyn’s leadership “by one of his most trusted election lieutenants”.

It came as a row over the Prime Minister’s apparent lack of empathy for a four-year-old boy left sleeping on a hospital floor because there was no bed available continued to dominate the Tory campaign.