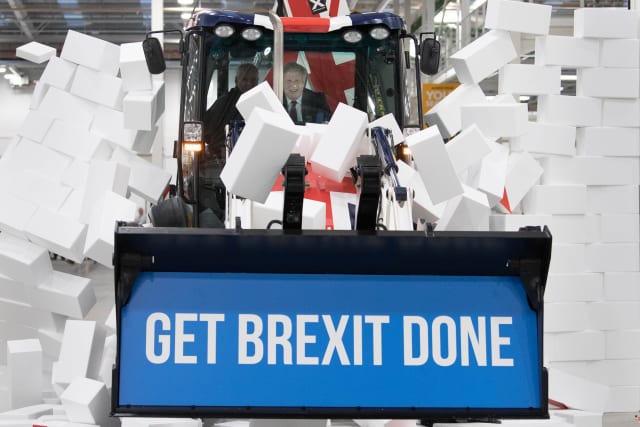 Boris Johnson knocked down a wall in an attempt to convince voters he can break the “gridlock” in Parliament.

The Prime Minister’s stunt involved him driving a JCB digger which had a “Get Brexit done” sign in the bucket.

Mr Johnson posed for photos outside the cab before giving a thumbs-up and repeating: “Get Brexit done.”

He then left the room without saying any more.

The stunt took place at the JCB Cab Manufacturing Centre, near Uttoxeter, Staffordshire.

Mr Johnson’s team had briefed out before the event that he was due to use a speech to insist now is the “time to send in the bulldozers and smash through the gridlock”.