Fake letters claiming to be from SDLP leader to voters condemned 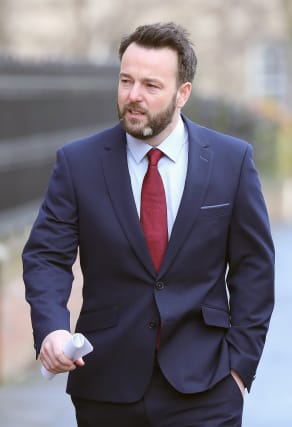 Fake letters wrongly purporting to be from the SDLP leader and seeking financial support for an indebted Westminster campaign have been sent to voters.

Mr Eastwood said: “The people of Foyle know that this is a close race between myself and Elisha McCallion.

“Voters should make up their minds on our records, not a campaign of dirty tricks.”

He is bidding to overturn Ms McCallion’s wafer-thin majority at the last election.

The false letter impersonating Mr Eastwood said it was seeking financial support for his election campaign, which it wrongly claimed had a £20,000 shortfall.

It mentioned donations of up to £5,000, methods of transferring money and called for “speedy action”.

Mr Eastwood said: “I am disgusted that fake letters purporting to be from me have been delivered to houses in Derry.

“Let me be clear, these letters are not from me nor are they from anyone associated with my campaign.

“This is an organised attempt to lie to the people of Derry, to poison our democratic process and those responsible should be ashamed.”

An SDLP spokesperson added the letters amounted to a breach of electoral law.

“The SDLP has referred this matter to the Electoral Commission and to the Police Service of Northern Ireland (PSNI) for investigation,” the spokesperson said.

In 2017, Elisha McCallion took the Foyle seat from the SDLP’s Mark Durkan by 169 votes.

Mr Durkan had been Foyle MP for 12 years and the party had held the seat for decades.

Mr Eastwood is promising to take up his Westminster seat if he wins and oppose Brexit, in contrast to Sinn Fein’s blanket practice of abstaining, including during key votes on the EU departure.