Elizabeth Hurley claims she and the Queen have the same stalker

Elizabeth Hurley did more than divulge her skincare secrets on Monday night's Watch What Happens Live with Andy Cohen.

On a scarier note, the 54-year-old English actress, who appeared on the Bravo talk show alongside actor Stephen Dorff, also revealed that she and Queen Elizabeth II are being stalked by the same man.

"In the office in London, we have a file called 'nutters,'" Hurley said when asked about her strangest fan encounter, "and every time, well, particular people send letters — they still send, you know, mail — they have to go into the nutter file. 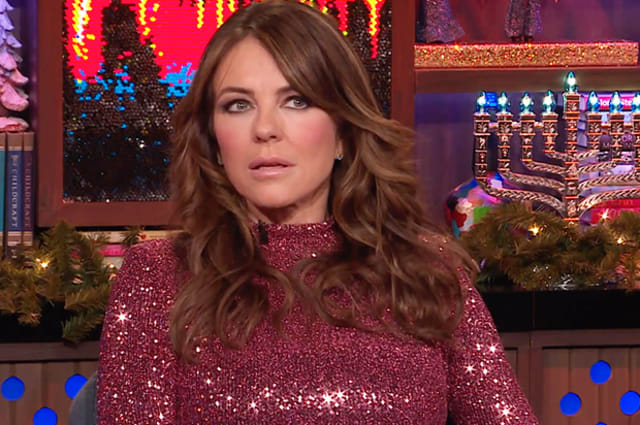 "There's one nutter who — I don't even know if I'm allowed to say this — but he only stalks two people: I'm one of them and the other is the Queen of England," she added.

According to Hurley, Scotland Yard notifies her and the queen when the unidentified stalker moves locations.

"I probably shouldn't be saying any of this on TV," she continued, suddenly clamming up. "Take it all back!"

A stalker may be the only thing Hurley has in common with Her Majesty. Though she starred on the former E! drama The Royals, the actress shut down Cohen's suggestion about playing a real-life British royal as "dreary."