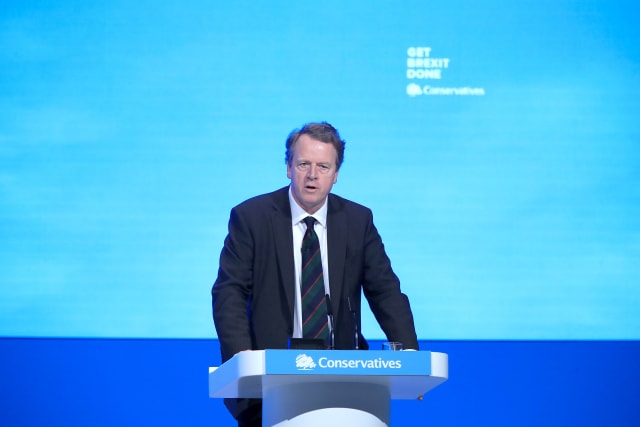 The Scottish Secretary has compared the austerity of the last decade to “housekeeping”, adding “true austerity” took place after the First and Second World Wars.

Arguing it was necessary “to sort out the country’s finances” following the 2008 global economic crash, Mr Jack said he could empathise with those on low incomes because of his earnings when he started work.

Questioned about whether he believed austerity has been a mistake, Mr Jack said: “Austerity, which we had from 2008 after the financial crash, actually in real terms was reducing Government spending by one pound in a hundred – that’s what it was.

“I mean, true austerity was what happened after the first war or the second war.

“What we had to do was housekeeping, we had to sort out the country’s finances.”

Asked if he – as a millionaire – could relate to people on low incomes affected by austerity, Mr Jack said: “Of course I can, I was on low income once myself, I started my first job (and) believe it or not I was paid £1,500 a year. It was in 1983.”

That salary would be relative to just under £5,000 in 2018, with RPI inflation taken into account, according to the Bank of England’s inflation calculator.

During the interview Mr Jack was also asked whether the estimate that one-third of children living in poverty in the Dumfries and Galloway constituency was an “indictment of the years of austerity”.

The Scottish Conservative candidate for the seat said: “There’s a lot of dispute about this but we believe that child poverty numbers have gone down by 400,000 across the UK.

“There are people in poverty in this region, I’m not disputing that.”

He added: “I believe the way to get people out of poverty is through work, and what we’re trying to do is create more jobs, you create more jobs by improving and building the economy.

“But one child – and I want to be clear about this – one child in poverty is one child too many.”

The interview, which took place at his family’s Christmas tree farm in Dumfries and Galloway, will air on ITV Border at 6pm on Tuesday evening, with the full version being shown at 10.45pm.