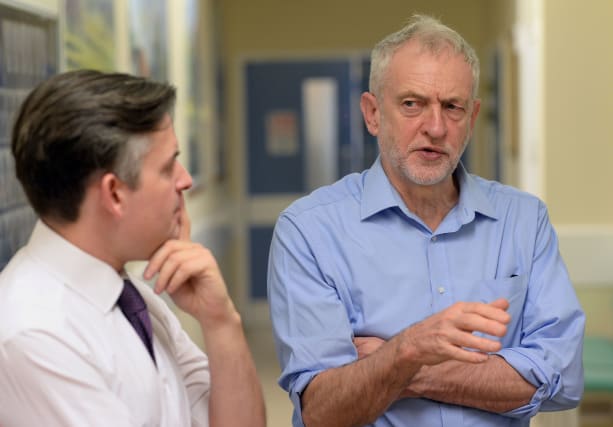 A shadow cabinet minister has apologised to party members after being caught on tape giving a damning assessment of Jeremy Corbyn, as the final 48 hours of the election campaign became heated.

Jonathan Ashworth said the situation facing Labour was “abysmal” because voters “can’t stand Corbyn” and think the party has “blocked Brexit” – but later sought to dismiss his remarks as “banter”.

It came as Boris Johnson was accused by the father of London Bridge victim Jack Merritt of seeing last month’s terrorist attack as an “opportunity” to score political points instead of as viewing it as a tragedy.

Dave Merritt told Sky that he thought it was “crass and insensitive” that his son’s photograph was used alongside headlines about changing sentencing and an article written by the Prime Minister.

In a tumultuous day for both campaigns, the shadow health secretary was forced to defend an audio recording – leaked to the Guido Fawkes website – of a conversation in which he lambasted Mr Corbyn.

The shadow health secretary, who is seen as a key ally of the Labour leader, also claimed that the Civil Service machine would “pretty quickly move to safeguard security” if Mr Corbyn entered Number 10.

Mr Ashworth later conceded that the leak made him “look like a right plonker”, but said he made the remarks while “joking around” with Tory friend Greig Baker.

“We’re having banter with each other – we’re joking around,” he told the BBC’s Victoria Derbyshire show minutes after the recording was published.

“I don’t mean it because I’m joking around with my mate because he’s a Tory … If you leak it to Guido Fawkes of course it makes me look like a right plonker, but it’s not what I mean when I’m winding up a friend – I’m trying to sort of pull his leg a bit.”

He apologised to Labour Party members, and suggested he was trying to “psych” his friend out “like football managers do”.

“Obviously, with the benefit of hindsight, I’ve been too clever by half and I look like an idiot as a result of doing it,” he told BBC Two’s Politics Live.

Tory Party chairman James Cleverly said the remarks were an “honest and truly devastating assessment” of Mr Corbyn’s leadership “by one of his most trusted election lieutenants”.

It followed criticism over Mr Johnson’s apparent lack of empathy for a four-year-old boy left sleeping on a hospital floor because there was no bed available.

The row blew up over the treatment of Jack Williment-Barr at Leeds General Infirmary.

A photograph widely circulated on social media showed the boy lying on a pile of coats to keep warm while he waited for a bed for treatment for suspected pneumonia.

Questioned by ITV News, Mr Johnson initially refused to look at the photo on a reporter’s phone – before taking the handset and putting it in his pocket.

Health Secretary Matt Hancock was dispatched to the hospital in an attempt to defuse the growing media firestorm.

However, his appearance prompted further recriminations following claims that his aide had been punched by a Labour Party activist.

Labour accused the Tories of “bare-faced lying” after video footage of the incident posted online showed only the arm of a protester accidentally brushing against the aide’s face.