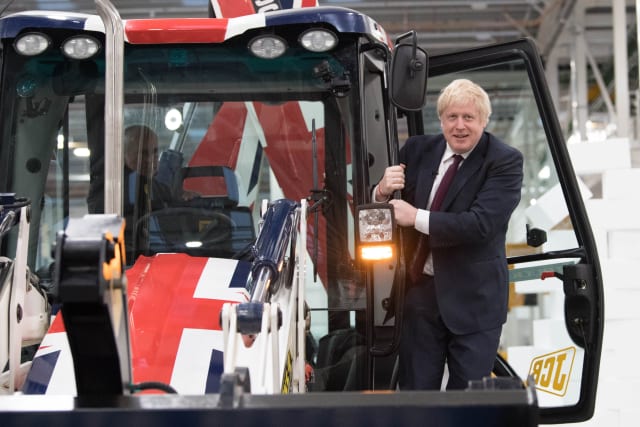 Boris Johnson is seeking to remind voters of his main promises with just one more day of campaigning left ahead of polls opening on Thursday morning.

The Prime Minister is vowing to “get Brexit done” by January 31 2020, and is still saying there will be “50,000 more nurses” even though he conceded during the campaign that this pledge actually only involves recruiting 31,000 new staff.

Mr Johnson has also repeated his promise of delivering “40 new hospitals”, a figure which has been challenged over recent weeks.

The Tory leader has defended the number, but the 40 hospitals pledge has come in for criticism after it emerged that, while £2.7 billion has been allocated to six hospital trusts for building projects for completion by 2025, the other 34 projects for delivery by 2030 have so far just been promised £100 million of “seed funding”.

Health Secretary Matt Hancock has said the “seed funding” will allow hospital trusts to carry out design and planning work in preparation for the moment funds become available to start construction.

Mr Johnson has promised tougher sentences and 20,000 more police, which would replace those lost amid budget cuts since 2010.

He has also promised an Australian-style points-based immigration system, and investment in science, education, infrastructure and action to reach Net Zero by 2050.

He has vowed to honour all of these pledges without raising the rate of income tax, VAT or National Insurance.

Ahead of his final day campaigning, Mr Johnson said: “This election is the most important in a lifetime.

“The result will define the next decade, will we go forward, grow as a country, unleash our potential?

“Or will we remain stuck, stood still, unable to make any progress?

“Tomorrow at the ballot box you have the opportunity to tell politicians that you want Brexit done.

“Tell them that the people of this great country will no longer be ignored.

“Tell them that in this country we believe in and treasure our democracy and that politicians don’t get to choose which votes they respect.

“Tell them that you want them to stop going round in circles and refocus on our schools, hospitals and keeping our streets safe.

“Tell them that they need to stop squabbling, move the country forward and unleash our potential.

“There’s only one way to tell them that. And that’s by voting Conservative.

“Whatever else anyone is offering, what you’ll get is more of the same.

“A hung parliament delivering nothing but delay, deadlock and more divisive referendums.

“A lost decade of division, delay and deadlock.

“Let’s make 2020 about the people of this country and not its politicians.”

He added: “We have one more day. Make sure you have your voice heard.

“Vote to honour the promises of the past and for a brighter vision of the future.”