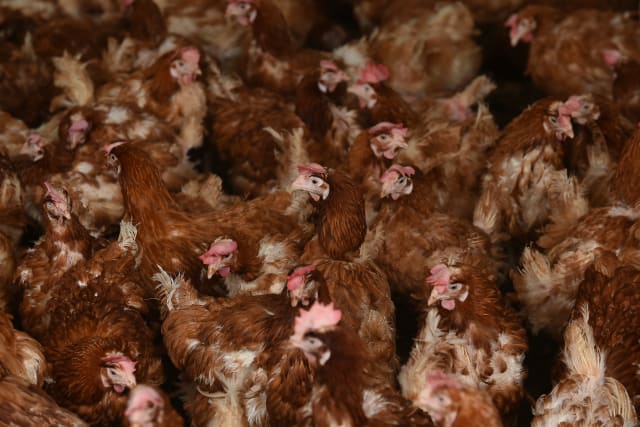 Cases of bird flu have been confirmed at a chicken farm in Suffolk, the Government has said.

All 27,000 birds at the commercial farm will be culled after a number were found to have the H5 strain of avian flu, the Department for Environment, Food and Rural Affairs said on Tuesday.

The strain has been identified as “low pathogenic avian flu”.

Public Health England has said the risk to public health is very low and the Food Standards Agency has said food safety is not at risk.

A one-kilometre exclusion zone has been set up around the farm to limit the risk of the disease spreading.

Chief Veterinary Officer Christine Middlemiss said: “Bird keepers should remain alert for any signs of disease, report suspected disease immediately and ensure they are maintaining good biosecurity on their premises.

“We are urgently looking for any evidence of disease spread associated with this strain to control and eliminate it.”

“As a precaution, we are offering public health advice and antivirals to those who had contact with the affected birds, as is standard practice.”

A detailed investigation is under way to determine the most likely source of the outbreak.