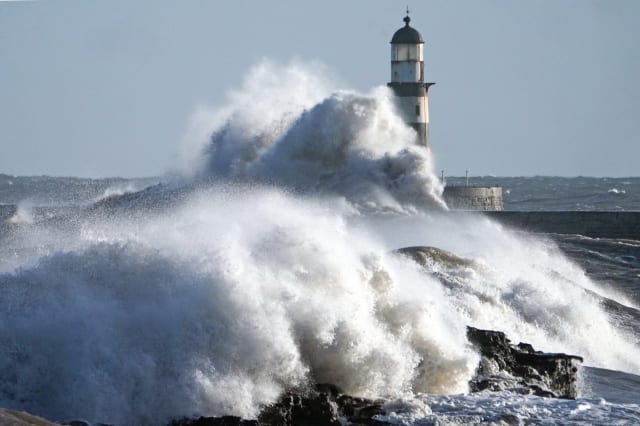 The UK is likely to avoid Storm Brendan on Tuesday despite weather warnings for wind remaining in place for parts of the country, the Met Office has said.

The South West of England and Wales were hit with gales of up to 70mph over the weekend after Storm Atiyah first hit Ireland on Sunday.

Trees were felled by the gusts, which also caused power faults in the South West and Wales.

Alex Burkill, Met Office Meteorologist, told the PA news agency that Tuesday was going to be a “wet and windy” day for most of the UK but they were not expecting a second storm.

It was previously thought that Tuesday would bring Storm Brendan to the shores of the UK but the Met Office said there will not be enough of an impact from Tuesday’s winds to warrant a storm name.

Mr Burkill said: “Many parts of the UK, particularly in the North West, will get off to a wet and windy start.”

Two weather warnings are in place for wind across the north of England and southern Scotland, as well as rain across the west of Scotland.

Mr Burkill continued: “In that warning, we talk about rain of between 20mm and 40 mm, and perhaps up to 60 mm across the western part of Scotland.

“The greatest impacts from the winds look to be from southern Scotland, Northern Ireland, northern Wales and northern England, so quite a big patch.

Mr Burkill added that the worst of the rain will clear over the next two days, but most places will see “quite a drop” in temperature between Tuesday and Wednesday.

Temperatures will sink to 9C (48.2F) on Wednesday, a drop of about 4C (7.2F) from Tuesday’s expected temperature.

“It looks like there will be wind and rain for most places,” he said, adding that central and southern parts of England were most likely to be hit with the rain.

Small amounts of sleet and snow are also expected in the highest parts of Scotland, with highest national temperatures of between 10C (50F) and 11C (51.8F).