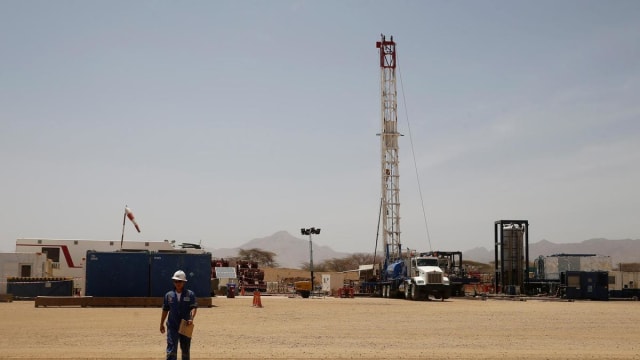 Tullow Oil shares have more than halved after the firm cut its production targets, suspended its dividend and boss Paul McDade quit the business.

The commodity giant slid to a record low share price on Monday after it said weak performance at its flagship Ghana oil sites would hit production over the next year.

Tullow confirmed its lower forecasts for 2020 as it also announced the resignation of chief executive officer Mr McDade with immediate effect.

It also confirmed that exploration director Angus McCoss has resigned from the business.

The board said it has started a recruitment process to find its next chief executive.

Tullow has been plagued by problems at its Jubilee oil field in Ghana and delays at its TEN offshore site, which saw the company cut its output targets for 2019 oil, last month.

The company said there will be a “thorough reassessment of the group’s cost base and future investment plans”, in light of its reduced forecasts.

As a result, the company said it will suspend its shareholder dividend for the year.

Ms Thompson said: “I would like to thank Paul and Angus for all their hard work and dedication to Tullow over many years.

“The board has, however, been disappointed by the performance of Tullow’s business and now needs time to complete its thorough review of operations.

“Despite today’s announcement, the board strongly believes that Tullow has good assets and excellent people capable of delivering value for shareholders.”

Russ Mould, investment director at AJ Bell, said: “The fall from grace at oil firm Tullow is about as heady as the ascent which once saw the company reach the ranks of the FTSE 100.

“You know an update is bad when it is accompanied by the immediate departure of senior management and this production downgrade is a real disaster.”