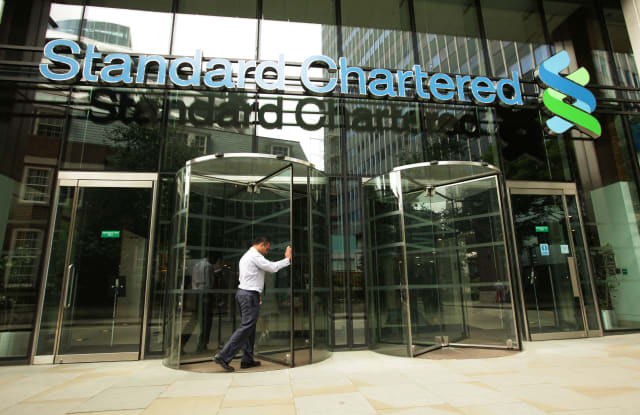 The amount of fines handed out by the city watchdog on financial companies breaching rules has soared six-fold in the past year, according to new research.

The biggest fine of the year went to Asia-focused bank Standard Chartered, which was fined £102 million for failures in its anti-financial crime controls.

There was also a £44 million handed down to Citi for regulatory reporting failures, but the key driver in the rise was £163 million for mis-selling financial products.

Around £63 million in fines was collected from companies caught mis-reporting financial data, it added.

Jonathan Cary, Partner at RPC, explained: “Banks have been firmly in the FCA’s firing line this year, with huge penalties levied.

“After several years of relatively low levels of fines, the FCA is baring its teeth.

“Many of these enforcement actions involving banks have been extremely complex, resulting in them having been held up at the investigation stage for years.

“Now that the backlog in the FCA’s system has started to clear, we’ve seen more actions finalised and subsequently more penalties meted out.”

The regulator has come under fire in recent years for not doing enough to protect consumers – particularly savers who have seen the Bank of England’s base rate at record lows for a decade.

Many have turned to more financially risky mini-bonds and investment vehicles that promise high returns but have been found to not explain the true risks to potential customers.

On financial misreporting, the biggest fine was handed to Goldman Sachs, which was hit with a £34.3 million bill for failing to provide complete and timely data on 213 million transactions over a ten-year period.