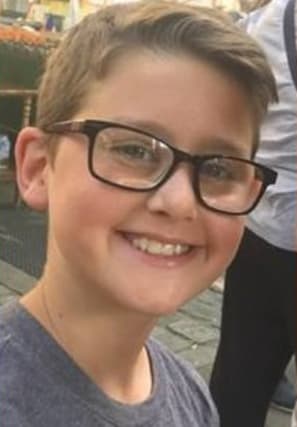 A 51-year-old man will go on trial next year charged with the murder of a 12-year-old boy who was killed in a hit-and-run outside his school in Essex.

Harley Watson died in hospital after a vehicle ploughed into children who were leaving Debden Park High School in Loughton shortly before 3.20pm on December 2.

Terence Glover, of Newmans Lane, Loughton, is charged with his murder and the attempted murder of a woman and nine children.

They are 23-year-old Raquel Jimeno and six boys and three girls aged between 12 and 16 who cannot be named due to a court order.

Glover is also charged with driving a Ford Ka dangerously in Willingale Road.

He wore a green and yellow tracksuit as he appeared before Chelmsford Crown Court.

The defendant remained seated during the nine-minute hearing which was conducted on a video link from Chelmsford Prison, where he is remanded in custody.

He was not asked for pleas during the hearing, and a formal plea hearing was set for January 31 at Chelmsford Crown Court.

A provisional trial date was set for June 1 at Chelmsford Crown Court.

“You are remanded in custody. Thank you very much.”

The defendant replied: “Thank you.”

Harley was described by his family as a “good, kind, helpful and lovely boy”.

In a statement released through Essex Police, they said: “We are so devastated by what has happened.

“We would like to thank everyone for their kind wishes and concern.

“However as a family we would like people to respect our privacy and allow us to grieve in peace.”

Scores of well-wishers have donated to a GoFundMe.com fundraising page in his memory.