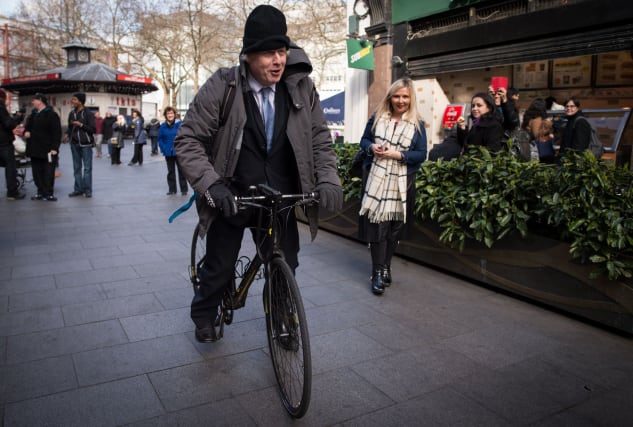 The Prime Minister said the naughtiest thing he had ever done and was “prepared to admit” was ridding his bicycle on the pavement.

Boris Johnson had previously been asked the question by Sky News during the election campaign but said he needed more time to think about it.

Much has been made of Mr Johnson’s past record, which has included being sacked as a Times journalist for making up a quote and lying to then-Tory leader Michael Howard about his affair with journalist Petronella Wyatt – another decision that saw him sacked, this time from his role as a shadow minister.

But when asked on Sky News’s Sophy Ridge On Sunday programme whether he had given his naughtiest deed any more thought, he exclaimed: “Oh no, not this again”, before asking his aides to provide him with suggestions of the naughtiest thing they had witnessed him do.

He then coughed up the confession of having cycled on the pavement in the past.

“But I want you to know how firmly and strongly I disapprove of people who cycle on the pavement and I think it’s wrong and I feel bad about it but I might sometimes have scooted up onto the pavement rather than dismounting before.”

The same question brought one of the stand-out moments of the 2017 election campaign when Theresa May said her naughtiest moment was running through fields of wheat on local farms when she was growing up.

The answer was widely mocked and commentators used it to show how uncomfortable Mrs May was at being the focal point of a general election campaign.

Labour’s Jeremy Corbyn was asked a different version of the question by ITV’s Julie Etchingham last week when she quizzed him on what the “most romantic sort of wild and reckless thing you’ve ever done” was.

Mr Corbyn replied: “You can’t ask that question on television!”, before admitting it was “wonderful holidays” with his wife, Laura Alvarez.