In Pictures: Dashing through the streets as Santas run for charity 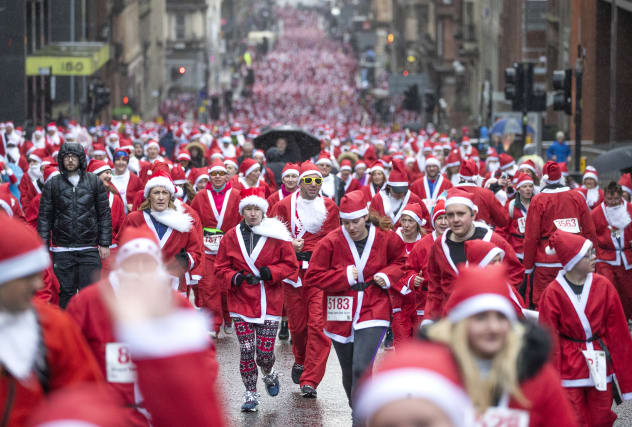 Thousands of runners have donned their festive threads to take part in charity Santa runs across the UK.

A wave of red was seen at Victoria Park in London as Father Christmases turned out to prove they were “Fitter Christmases”, with as many as 4,000 runners expected to take part.

The jolly joggers were even more bountiful in Glasgow, where the Santa Dash has been held since 2006, raising hundreds of thousands of pounds for charities working in and around the city. Some 7,000 Santas were thought to have pulled on their trainers for the good causes.