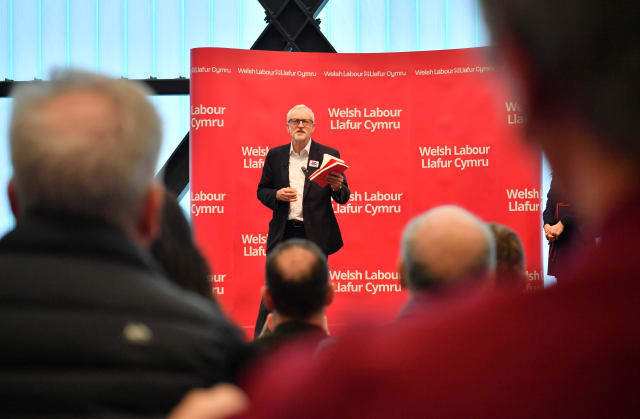 Labour will go “absolutely flat out” until the polls close on Thursday, Jeremy Corbyn told a rally of hundreds of supporters in Wales.

The Labour leader, speaking at Bangor University to around 400 party supporters and activists urged them to get out and knock on doors to win an “early Christmas present” of a Labour government.

Speaking in the ultra-marginal Arfon constituency, held by Plaid Cymru with a majority of just 92 ahead of Labour in 2017, he said: “It is the Labour Party all across Wales that’s winning in this election because we have got people on the ground, door knocking and listening to people.”

He told supporters he was “fed up” of food banks and zero hours contracts and the price of austerity being paid by the poorest in society. And he again warned of the peril of a Tory government for the health service, saying: “Our NHS is not for sale.”

Mr Corbyn said: “The basic thing is, what is our future to be?

“Don’t you want a government that actually values everybody in our society?

“A movement that has achieved so much and I think our crowning achievement has been the National Health Service.

“Go flat out until 10 o’clock on Thursday, then on Friday – an early Christmas present.”