Scottish Labour out to defy polls once again 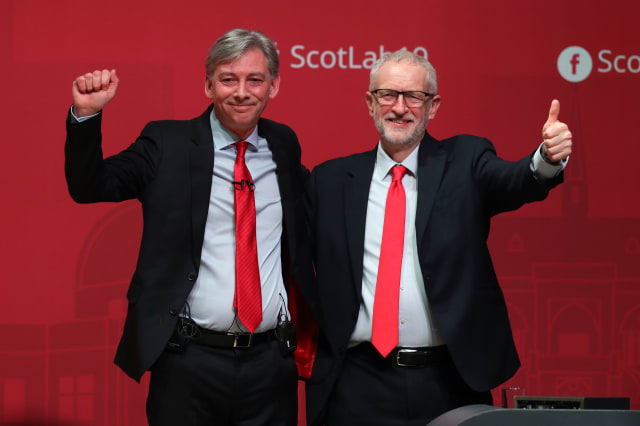 Scottish Labour will be hoping to defy the polls in this election like it did in 2017 and at least hold on to its seven MPs at Westminster.

The party has been pressed throughout the campaign over its position on Scottish independence and Brexit, as well as whether they would agree to any pact with the SNP in the event of being in a position to form a minority Government.

Labour has said it stands against a second independence vote and would not grant another in the first few years of being in power, will not form any pacts and will give people a final say on Brexit within six months of being elected.

A major programme of investment has also been set out by the party in its manifesto, with proposals to invest £100 billion in Scotland over the next decade, bring in a living wage of at least £10 an hour, nationalising key industries including the railways and providing free broadband for everyone.

Stopping the state pension age rises has also been promised by the party, along with building of 120,000 new council and social houses, as well as giving free school meals to all primary and secondary pupils in Scotland.

In an interview with the PA News agency, Scottish Labour leader Richard Leonard said his party are offering a “radical, exciting programme” that can make a “real difference”.

“I think that the stakes are really high in this election and people have had a few General Elections in the last few years and this time, if there was to be a Tory majority, they wouldn’t be given a chance to vote again for another five years,” he said.

“So it’s really important that people see this as a once in a five-year opportunity to determine the future of the country and not just for the next five years but for a generation.

“I think the Labour Party is offering people a radical, exciting programme that could make a real difference.”

He added: “I suppose my message is that this is all possible – it doesn’t have to be like this, we can change things, but the only way things will change is by voting Labour.

“There’s no other party that can deliver the kind of change that Labour wants to see.

“There is no other party that forms an alternative to a Tory Government .”