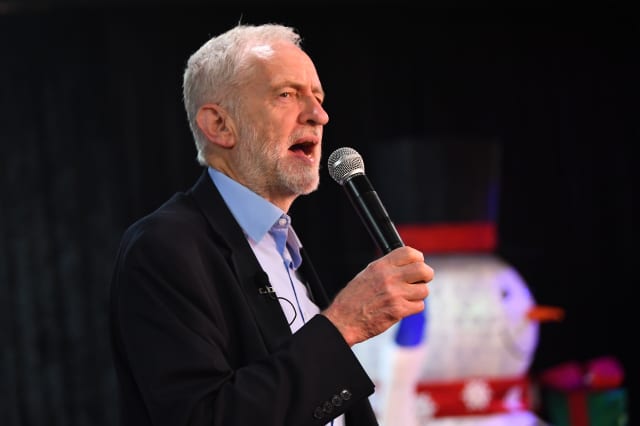 Jeremy Corbyn has dismissed as “nonsense” the controversy surrounding the source of leaked documents used by Labour as proof the Tories are planning to sell the NHS.

The Labour leader insisted the dossier was real after social media platform Reddit said the documents were disclosed as “part of a campaign that has been reported as originating from Russia”.

Mr Corbyn used the leaked papers as evidence the Government was at an advanced stage of negotiations with the US to open up the health service to American pharmaceutical companies.

In a statement, Reddit said its investigation had found a “pattern of co-ordination” between the now-banned accounts on its site and a Russian campaign uncovered by Facebook earlier this year.

Information from the investigation into the “Secondary Infektion” campaign on Facebook was used to identify suspect accounts on Reddit.

Mr Corbyn was asked about the claims during a campaign visit in Barry, south Wales.

He told reporters: “This is such nonsense. This is such an advanced stage of rather belated conspiracy theories by the Prime Minister.

“When we released the documents, at no stage did the Prime Minister or anybody deny that those documents were real, deny the arguments that we put forward, and if there has been no discussion with the USA about access to our health markets, if all that is wrong, how come after a week they still haven’t said that?

“The issues are that those documents show exactly what the British Government was doing in discussions with Donald Trump’s administration in the USA and also why the Prime Minister has refused to release the report on Russian interference in British politics, which he’s been sitting on for a very long time.”

He accused Boris Johnson of wanting to “hide the issues and the truth” over the future of the NHS in trade deals, adding: “We obtained those documents, we believe those documents to be correct, and nobody until yesterday had denied the correctness of those documents.

“The Prime Minister has answers to give, which he refuses to do, about Russian donations to the Tory Party or the report that he is sitting on about Russian interference in British politics.

“Of course there should be no interference in our British political system by Donald Trump or the Russians.”

Reddit said the leaked files had first been posted in October and then reposted by a second account.

Pockets of accounts had worked together to “upvote” the posts using vote manipulation to make them more visible to users of the platform, it added.

“As we have done with previous influence operations, we will also preserve these accounts for a time, so that researchers and the public can scrutinize them to see for themselves how these accounts operated,” Reddit said.