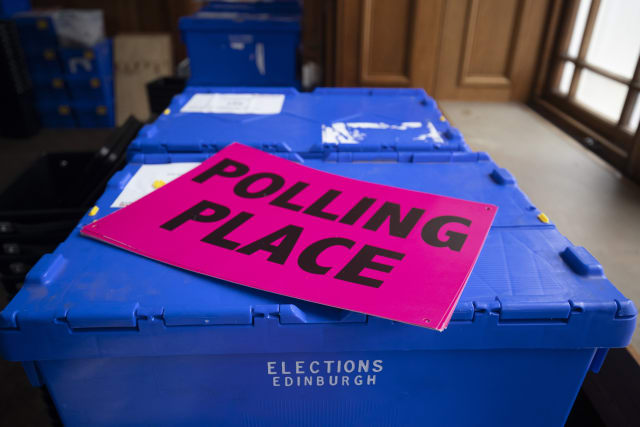 Scotland’s political parties will make their final weekend push before the election on Thursday.

Christmas markets, Small Business Saturday and assurances over cross-party pacts are on the agenda for Saturday.

She will visit Aberdeen’s Christmas Market with Kirsty Blackman (Aberdeen North), take part in a traditional music workshop with Fergus Mutch (Aberdeenshire West and Kincardine) and participate in a Christmas arts and crafts class with children alongside Richard Thompson (Gordon).

Ms Sturgeon will say there are only five days left to stop five more years of Boris Johnson and ask voters to unite around the SNP.

She is expected to add: “The comments he has made and the policies he will pursue demonstrate why cannot be trusted and is unfit for office.

Jackson Carlaw, leader of the Scottish Conservatives, will be campaigning in  Moray.

He will call on Liberal Democrat leader Jo Swinson to rule out offering her support for a Labour-SNP pact.

Mr Carlaw is expected to add: “This is a key point of principle for Jo Swinson.

“The suspicion is growing that she is so obsessed with revoking Article 50 or having a second EU vote that she would allow a second independence referendum as a price worth paying.”

He will say: “We know that the SNP put more money into the Shetland by-election than they did the EU election.

“They are trying to hoodwink Remainers in order to get to the prize they really want.

“This week economic experts reconfirmed that independence would mean even worse cuts than the Tories.

“The SNP’s plans are half-baked and negligent.”

Small Business Saturday will be the focus for Scottish Labour, with their leader Richard Leonard joining Glasgow South candidate Matt Kerr in the constituency.

“Unfortunately, the high street as we know it is declining at a rapid rate while communities and businesses across Scotland pay the price. A decade of austerity and inaction has led us to this point.

“Only a plan for real change and investment will reverse this decade of decline, and at this election it is only the Labour Party that is committed to using the weight of the Treasury to back Britain’s small businesses.”

Also in Glasgow, later on Saturday evening, Labour Shadow Chancellor John McDonnell is to speak at a “Rally for Real Change”.

“Tens of thousands of tons of fracked gas is coming into Scotland here.

“Communities in Scotland have been told they won’t suffer from fracking so why should we be enabling that to happen elsewhere?”