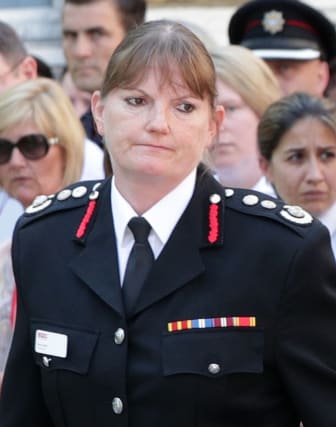 London Fire Brigade Commissioner Dany Cotton is to step down earlier than expected in the wake of criticism over the service’s response to the Grenfell fire.

Ms Cotton, 50, who will leave her role at the end of this month, had been facing pressure to resign from bereaved families and survivors of the blaze following a critical public inquiry report.

The capital’s first female fire chief had been due to retire in April 2020 after 32 years of service.

The first report from the Grenfell inquiry found that the London Fire Brigade (LFB)’s preparation for a tower block fire such as Grenfell was “gravely inadequate” and its lack of an evacuation plan was a “major omission”.

In a statement, the LFB said that following consultation with City Hall it had been agreed that Ms Cotton will bring forward her retirement to the end of this year “to enable a timely handover” to the next commissioner.