Date set for trial of ex-soldier over Troubles death 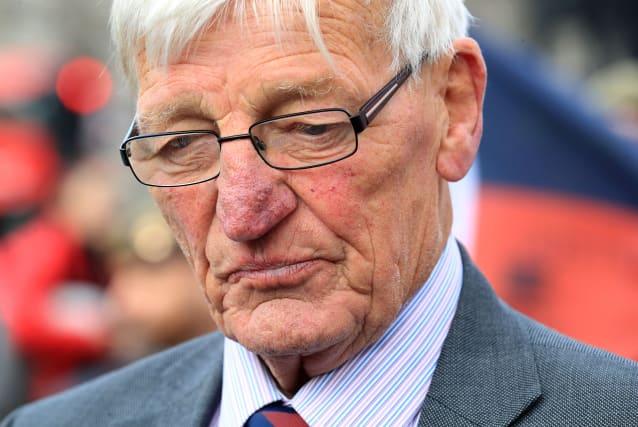 The trial of a former soldier over the killing of a man in 1974 will go ahead in March, Belfast Crown Court has heard.

Dennis Hutchings, 78, has pleaded not guilty to the attempted murder of a man with learning difficulties during the conflict.

Hutchings, a former member of the Life Guards regiment, from Cawsand in Cornwall, denies attempted murder and attempted grievous bodily harm with intent.

During a hearing at Belfast Crown Court on Friday, Mr Justice Adrian Colton said the trial is fixed to proceed on March 9.

Hutchings previously failed in a Supreme Court challenge against the decision to hear his case without a jury.

In November Hutchings’ barrister said arrangements were being made with Belfast City Hospital to enable his client to undergo dialysis in Northern Ireland.

He said then that Hutchings was having the treatment twice a week, but may require it three times a week by March.

On Friday, he confirmed that those arrangements are “in hand”.

Responding to a concern raised by the prosecution about “the possibility of a drift”, Mr Justice Colton said: “The date is fixed, there are a lot of reasons why it can’t be moved.”

He added at the end of the brief hearing: “This obviously is not a case that can be moved.”

Another review hearing is set to take place in January.