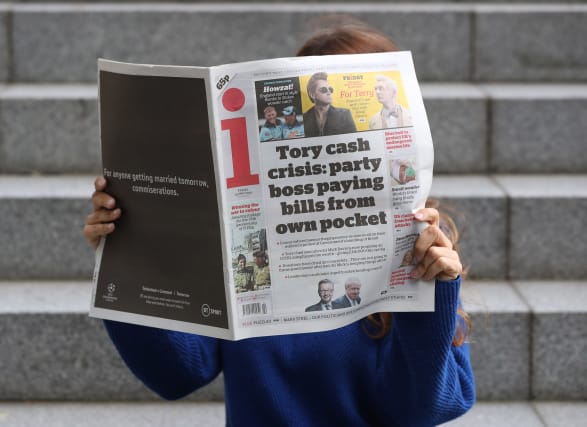 The competition watchdog has confirmed it will be investigating the planned £50 million deal by the owners of the Daily Mail and Mail on Sunday to buy rival newspaper the i.

Officials at the Competition and Markets Authority (CMA) have opened an inquiry into the purchase by Daily Mail General Trust to look at whether there are any potential regulatory issues.

Both sides had expected the CMA to intervene due to the size and nature of the deal, although they have previously suggested they see no major issues.

The first step by the CMA is to launch an “initial enforcement order” where submissions will be received before deciding whether to move on to a formal phase one stage.

At this point a more in-depth inquiry is carried out and any remedies are recommended to ensure no rules are broken.

In rare circumstances a phase two stage could be launched – a similar investigation into the failed Sainsbury’s and Asda merger reached this point – although it is not thought one will be required in this case.

Since the deal was announced, critics, including Labour leader Jeremy Corbyn, have said they are concerned that the new owner would push the i’s editorial line to the right – in line with its other publications.

But Lord Rothermere and i editor Oly Duff have both insisted that editorial independence would remain.

The i, was launched in 2010 as a compact sister version of the Independent, but time-poor readers liked the bite-sized news and it quickly overtook the Independent, which eventually closed and became an online-only operation.

In 2018, revenues were £34 million with £11 million in “cash operating income and operating profit”.